So, I’m thinking of creating some tips for artists after seeing Ben Howard at the Roundhouse, where I was on the guest list after being part of the Poetry Collective there. Sadly I had this idea from a ‘what not to do’ perspective as I was utterly disappointed in Howard’s performance, as were many other audience members. Our only solace was a good old British moan afterwards.

A British lad, one might expect that typical dose of modesty. Actually, it looked more like this Venn diagram:

At times he was overly self-critical, saying ‘you know when you wake up and sometimes you’re not funny and sometimes you are, well today I’m not funny.’ Ensue sparse polite laughter (what this meant to be irony?) Yet, as he whisked through songs from his new album, he told fans ‘Is this how it works? You get free tickets, you get what you’re given.’ This felt deeply insulting to the audience; was our time worth nothing? I would have happily had a night at home instead of this gig, and goodness knows I needed one.

There would surely be people who travelled further than my hour-ish journey to see him. I had been waiting to see him for years and never been able to, and I had been listening to his old album in excitement. Yet, there was a woman in front of me who knew all the words to the only song he’s released from the new album, suggesting there were bigger fans than me out there. How do you think they felt?

Howard also spent a lot of the set sitting down whilst most of the audience were standing, unable to see. Some would have come straight from work, some spending money, no Ben, not on tickets, but on food and drink, and whatever else, to go to the gig. And he’s sitting down. I’m sorry, genuinely, do you have ME? Do you have an actual reason why you needed to sit down? The audience, whoever they are, came to see you. YOU! And you owe them respect if it really was such a privilege to be performing at the Roundhouse after being at The Enterprise a few years ago. 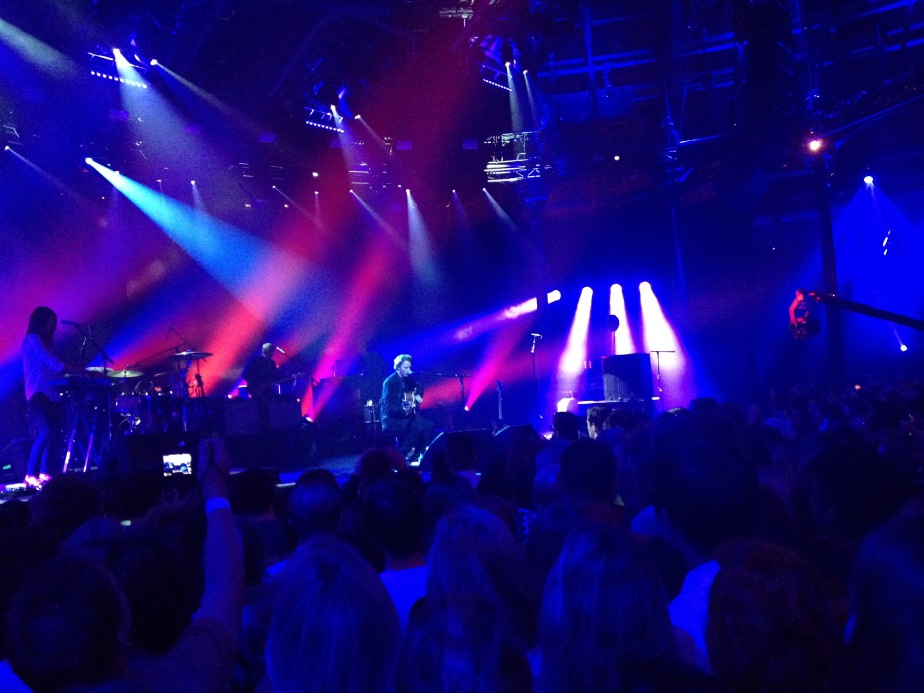 My friend, Hannah, and I bought lovely beef chilli burritos and sweet potato fries for dinner from The Enterprise – that was the best part of the night. This sentimental comment from Howard just seemed contradictory and his point was made clear as he left the stage without an encore and no old album tracks. Do you think we want to buy the album now? Do you think we’re dying to see him live again? I’m afraid not. It may be fun for the artist to play all new material, but it’s about the relationship between the audience too, and whilst we would have been happy to listen to some new material, it would have been best to also play songs we know and love. Instead, the performance was alienating and underwhelming.

So, some lessons to learn from Ben Howard:
1. Give a mixture of what you would like to do and what you know the audience wants.
2. Put your all into it no matter how big or small.
3. Don’t be a dick: appreciate and respect your audience.

On Saturday 30th November I performed as part of the current Roundhouse Poetry Collective cohort in the Roundhouse Studio. I had just seen Kate Tempest’s play ‘Wasted’ there and so it was pretty exciting to be in the space. We had time to do a quick run through and then the doors were opened!

In the lead up to the showcase, I had suggested the theme of games, after thinking about a piece I wanted to write. Luckily people were on board with the idea and we all got writing. The piece I wrote was a story surrounding a game of Risk. I’d initially written it out in prose for a short story competition called ‘Story Slam Live’, but I never got to share it as names were picked out of a hat and there was a cap. I didn’t realise this, and really think they should have said beforehand as I had prepared it for two months, editing it down to 5 minutes. In the end, I enjoyed listening to other stories and I realised mine wasn’t really a story at all.

My story was based on a real life experience and my first attempt at writing about it was something I needed to get out. The poem that it became was driven by this same necessity to get people to understand the message that my story illustrated. The editing process came through getting feedback. At the Story Slam event I actually had one woman read through it as she was curious to see what I had planned (I had embarrassingly put my hand up when my name wasn’t read out at the start). Then over a few short weeks, with the help of Bohdan Piasecki and my collective of poets, it developed into a seven minute performance poetry piece.

I have provided two recordings here as the actual performance didn’t quite catch the first words. Funnily enough, we got the audience to pick names out of a hat to determine our order. Despite our worries about audience, apparently it was sold out! Maybe because of our run-through, it was less nerve-wracking, but I ended up performing my piece last. I didn’t hear much from the audience, other than one passing woman congratulating me. I was unsure and then feared the feedback from Inua Ellams (Bohdan was away for the possible birth of his child, so Inua kindly stepped in).

As I love Inua’s own poetry, it was especially meaningful to hear him use words like ‘brave’ and ‘gorgeous’ to describe my work. He even said that it broughr tears to his eyes because it was a story of human experience. Although I have had feedback from both him and Bohdan about making the ending ‘more of a purse-clip than a door slam’, part of me likes that sometimes. Part of me thinks that maybe it’s important that it is a door slam, as it serves to highlight the point of why I had to do the poem. And maybe I could have edited it again, but every time I look at it and think about taking something away or changing bits, I realise that it wouldn’t be quite how I want it, and I am happy with it. In a way, not editing it again after this process is a risk as people may not like the ending, but as long as people know it is a conscious decision that I felt was integral to my writing the piece. It is a poem that went through motions of quietness and rage, but ultimately, it was a call to action for everyone to take a risk now and again.