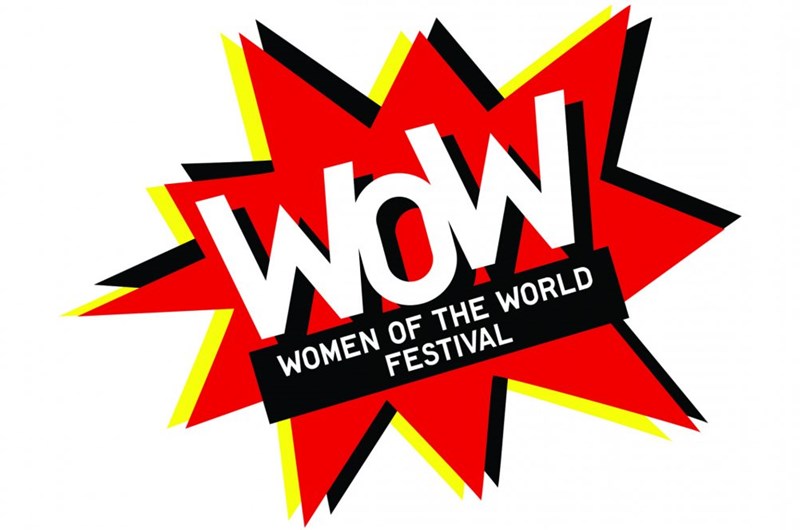 I’ve been attending Women of the World Festival at the Southbank Centre since its inception, and I’m pleased to say that this year, She Grrrowls will be at WOW on Sunday 11th March.

You can catch us at 7pm as part of Gem’s Jam, where there will be live music and DJ sets along with poetry from SG poets Selina Nwulu and Bridget Minamore.

You don’t need a ticket as this part is free for all to attend and takes part in the Clore Ballroom in the Royal Festival Hall. 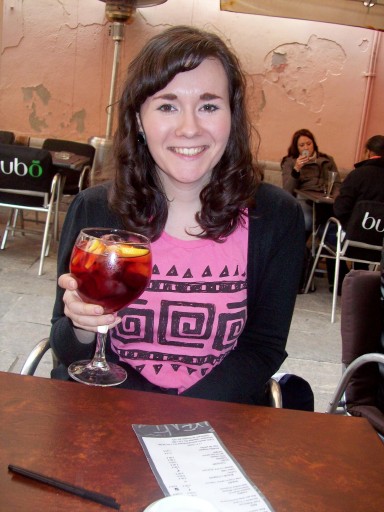 I have been very busy these past few months, but on Saturday 9th March I went to something that meant I had to get back to typing at these keys: WOW Festival. For those that don’t know about this, WOW stands for ‘Women of the World’ and is a series of events and discussions at Southbank, in London. But first, a quick catch up.

I went to Barcelona during my half term holiday. I stayed with my friend, Laura who is working there at the moment. I also saw my cousin (who was on an exchange) and paternal grandfather (who is Spanish and lives there) and ate out with my parents who holidayed there too. 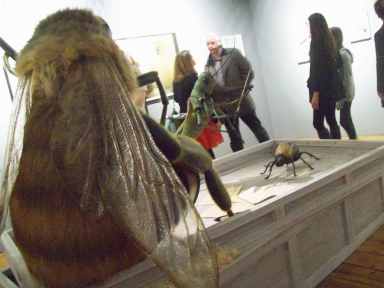 It was really relaxing and enjoyable, with the rain holding off and excitement at a glimpse of sunshine.

In other news, I have had a poem accepted into Brittle Star magazine. I’m pretty sure I have been rejected from there before, which makes my achievement even more special somehow. 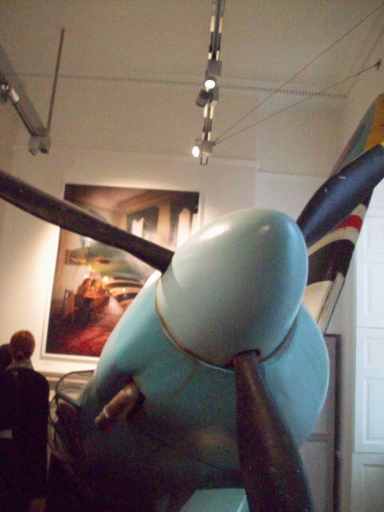 I went to see Tim Walker’s exhibition at Somerset House, after the V&A exhibition of ‘Hollywood Costumes.’ The latter was interesting, but honestly, too crowded to enjoy properly. It was like being on a conveyor belt, rather than walking around a gallery. And I was disappointed to see that the red shoes and pinafore from the Wizard of Oz were both replicas. On the other hand, Tim Walker’s free exhibition was fascinating. Showing that fashion is not an inferior art form through his photography, amazing pictures lined the walls of rooms where large objects brought them to life. 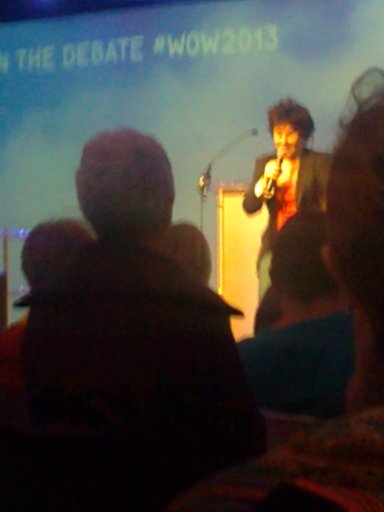 In the world of poetry, I have been notified of my acceptance to perform at a festival, but I cannot reveal just yet which festival that is, so watch this space!I’ve also been busy organising my latest project: Poetry&Paint. I’m so pleased with the responses I’ve had and excited to launch the anthology at Craft Central’s space, ‘The Showcase’ on Saturday 30th March. There will be performance and discussion from Selina Nwulu, Daniel Lehan, Greta Healy, Robyn Comfort and Bill Vine. The exhibition is from 3pm and the evening event starts from 7pm.

I have also been working where I am employed, very hard. 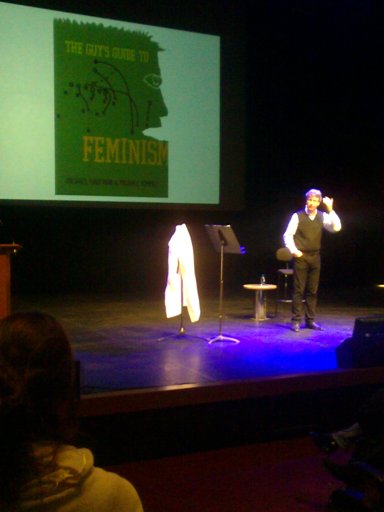 Yet, I have also been organising 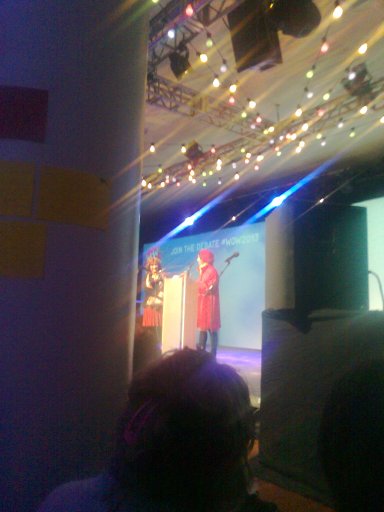 something else. On Thursday 7th March, myself and Emily Prichard kicked off the International Women’s Day celebrations with the first ‘She Grrrowls’ Feminist Group meeting. We made some promotional hearts out of card and have scattered them around London.

I must also add that I treated my Mum to seeing Bridget Christie at the Purcell Room in Southbank on Friday. I felt very privileged to be attending her biggest show thus far, and both my Mum and I enjoyed her Feminist comedic commentary on our society, including a hilarious physical display demonstrating why we females should be so thankful for the Bic pen ‘For Her’.

The great shame for my Saturday activities at WOW was that I had no company. Not because I didn’t want to be on my own, but because none of my female friends were their for their own interest.

I have managed to visual document the presence of Ruby Wax, one half of Feminist men duo who co-wrote ‘The Guy’s Guide to Feminism, and Bidisha with Lisa Appignanesi. There were such a range of amazing events, but alas, I could only be at one place at a time.

The introduction to Saturday’s WOW was called ‘The Keys to the Castle. One of the most interesting speakers for this section was space scientist Maggie Aderin-Pocock, and I immediately thought how great it would be for her to talk to the students at my work (I work at a school). It was really inspiring and I even learnt things that I didn’t really know about space. Well, 96% of space is undiscovered, so there’s a lot of work to be done in that field!

Next, I went to Michael Kaufman’s talk on The Guy’s Guide to Feminism. He read extracts from the book he co-wrote with Michael Kimmer, and commented on these extracts in an interesting and amusing way. Part of this intention must have been to promote the book – an easy-to-read A-Z of Feminism for the male reader – and it certainly made me want to get it for any male friends and the boyfriend! I highly recommend it, and I haven’t even read it yet.

The next talk that I went to was so powerful and emotive that nothing to follow could be more important to attend. This talk had the simple title: Rape. Chaired by Southbank’s artistic director, Jude Kelly, it began with Joanna Bourke’s revelation of shocking facts and statistics surrounding the subject matter. These things included:

1/ Marital rape was only made illegal in Scotland in 1989 (the year I was born).

4/ Also reported by The Guardian: “one in three people believes that women who behave flirtatiously are at least partially responsible if they are raped.” (2005)

5/ There are more convictions of rape nowadays but 85% of rape cases go unreported.

6/ 1 in 5 females will be raped in their lifetime. If you know over 5 females, you do the maths.

7/ Some myths about rape: ‘no’ can mean ‘yes’, you can’t rape a resisting woman, some rapes aren’t serious, women ‘ask for it’ and women lie. Do not believe these things.

8/Research into false accusations shows a risk of just 3%, which is in line with all other crimes.

9/ We need to talk about rape and educate young people about it.

10/ A woman’s biggest risk of rape has little to do with stranger danger. Most rapists know their victim; they are either friends, boyfriends, family or work colleges. This is why men need to speak out about things like rape jokes, and casual misogyny. If you don’t, you just placate those that do and normalise rape, deeming it acceptable. If you are male, you can make a pledge to fight against violence towards women through the White Ribbon Campaign. 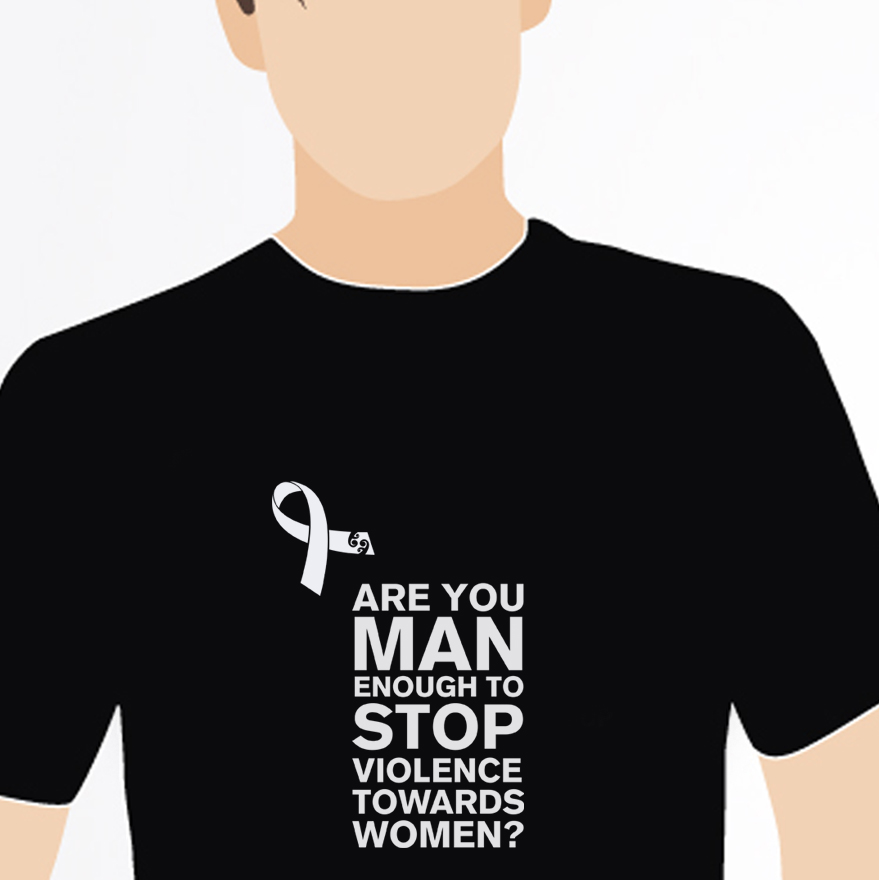 The audience then listened to the stories of real victims of rape (although none of them like to think of themselves as victims). One woman sent her story by email because after nine years she did not feel ready to tell it. I was shocked not just by the horrific atrocities these women had suffered, but the poor state of the legal system, where visible physical injury, and an eyewitness lead to a judge telling the jury to consider if they wanted “to ruin this young, talented man’s life” before making their decision, then to be acquitted of the charge. It also pained me to hear journeys they had been through to come to this stage and their determination not to let this incident define them.

One major point to come out of this discussion was the need to talk about rape and to educate young people about it.

After this harrowing topic, I contemplated a talk with teenagers about the term ‘Feminist’ but then decided to go to ‘Aint I A Woman’ which saw a panel of women discussing black women and popular culture. Speakers included Hannah Pool (chair), Kieran Yates, Angelique Kidjo, Miki Turner and Shirley Tate. It was really interesting, and I found Kieran Yates to be particularly on point throughout. The statement that sparked off the talk stood strong to the end: the struggle to end racism and the struggle to end sexism are intertwined. Although this is something I like to aim for in my brand of Feminism, I feel that, as a white women, the involvement of other races is necessary for Feminism to truly reflect the experiences and problems of all women.

The penultimate event I attended was Ruby Wax’s ‘Out of Her Mind’ which was the perfect blend of tragedy and comedy, about a topic that interests me: mental illness. The importance of communication was expressed again. Wax concluded that now at her dinner parties, when asked how she is, she explains ‘the same as you: dealing with heartache, death and loneliness… Hors d’œuvre?’

Lastly, I listened to women such as Bidisha and Lisa Appignanesi read extracts from ‘Fifty Shades of Feminism’ (another must-have read). I then rushed home for a nice big dinner and discussed the day with my Dad, who talked to me about all the topics, giving me some historical background (being a history teacher) and revealing that he is a Feminist… though not in those exact words, the conversation still had me beaming with pride to have such amazing parents. I then re-told and re-discussed with my Mum on Mother’s Day over a game of Scrabble.