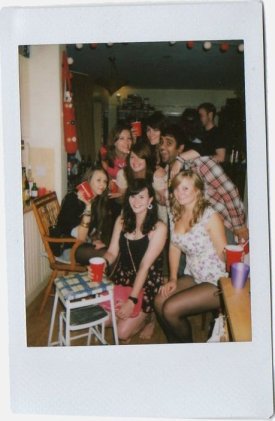 Shake off your dust; rise up, sit enthroned, O Jerusalem. Free yourself from the chains on your neck, O captive Daughter of Zion.

Well, it is Easter Sunday, if there was a time for a non-believing Catholic to post a biblical quote, this would be it. As my nearest and dearest have been contemplating their religion and the meaning of life, I have been getting involved in some actual dust-shaking in poetic form.

My past scrape with an increase in white blood cells has obviously not enforced the idea of resting enough. Prone to type A personality traits, I struggled into work at Sainsbury’s and kept up with my coursework until I couldn’t take it anymore. I eventually took a day off work and missed some of my classes for my MA, and it seems I am being punished for not taking work off earlier because apparently you need to take 5 shifts off and have a doctor’s note to be eligible for sick-pay. Long story short, I’ve done some overtime to make up the hours and eventually got some Amoxicillin which I’m hoping will mean I’m fully recovered by next week.

Anyway, back to the big news! As I mentioned previously, I was chosen as a Peer Mentor for Shake the Dust, the biggest youth poetry slam the UK has ever seen (organised by Apples & Snakes). However, now Sam Riviere had to pull out, I have been promoted to being a Poet Shadow! It’s a great surprise and honour to be selected as a replacement for someone so successful. I’ll be working with Poet Coach, Ross Sutherland at The Netherhall School in Cambridge, who I remember Tom Chivers of Penned in the Margins describing as one of the hardest working poets. I’ve seen him perform a few times and had the pleasure of reading the Twelve Nudes manuscript during my internship at PITM – and in the couple of years since Ross has managed to put out two more books!

Last Tuesday I went to a professional development day for the East region at The Garage and soon discovered I personally knew/had met about half of the people involved, and the rest I (mostly) knew of a poets anyway. I did feel a bit overwhelmed at first, being surrounded by so many admirable poets, but everyone was lovely and I soon got into it and ended up having a fantastic time. I’m feeling more confident about helping out at the workshops and think that it’ll be a really great experience! I feel so lucky to be able to participate as a Poet Shadow, and although I have applied for funding for my own event in August, I will now not have to worry about the financial side as the income from my role at Shake the Dust will cover my basic budget. So, everything’s pretty good right now, just need to be feeling healthy again and have a little bit of sunshine!

Also, my Gran got me a book about Angela Carter – someone I definitely think I should have read by now and want to do in the future. I’m now reading The Great Gatsby, which is also a long overdue read! Now, off to eat some egg-shaped chocolate!