We spent the most part of a day travelling from Chiang Mai to Bangkok and from there to Hanoi, by plane. It all worked out well, and when we arrived at the hotel (Skylark), we had been upgraded to an apartment. This was pretty amazing and I dreaded having to leave to live somewhere that was unable to compete with its five rooms, spa bath tub and roof-top pool. My boyfriend even ordered room service one night for me – some chocolate ice-cream. We walked to a nearby restaurant and witnessed the craziness of the roads. There were bikes everywhere and for the most part they don’t stop, but instead you have to walk and hope they move around you. 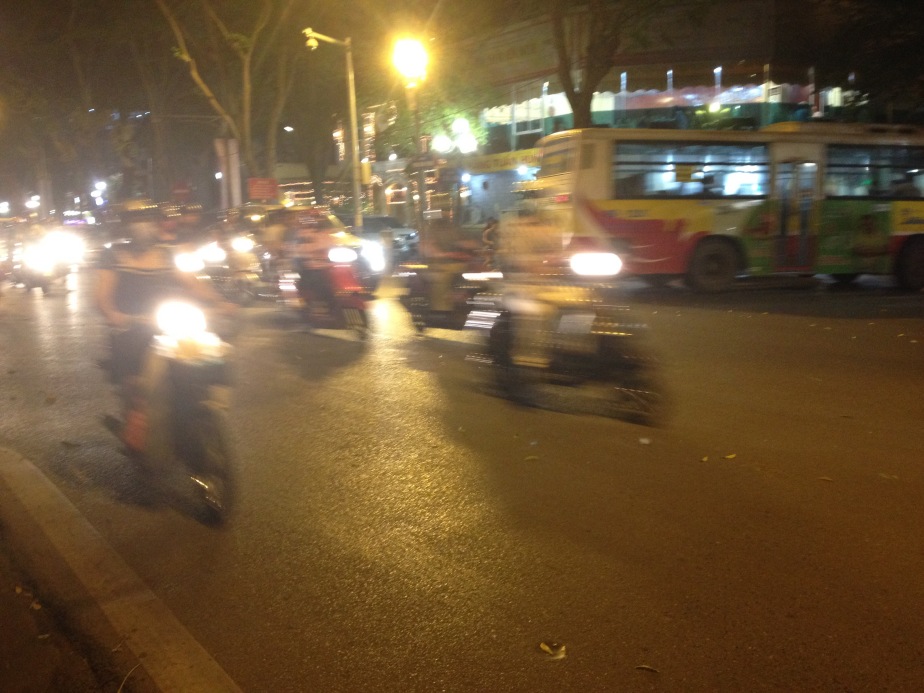 We had one full day in Hanoi, so I wanted to make the most of it. I worked out a plan, and most of it looked walking distance, so we would only take one or two taxis. We started off at Hoan Kiem Lake, and we saw a pagoda there, and sat by the water for a while. We then made our way to the Vietnamese Women’s Museum, which included about five floors of artefacts and information about being a woman in Vietnam. There was also some artwork in the foyer to do with a comic competition.
We then got a taxi to the Temple of Literature, which was really picturesque, and had the biggest drum I’ve ever seen in one of the buildings. We were really hungry, and found somewhere really good nearby. We were the only people there, and the waitress was really chatty. In the end, we only had enough time after eating to go to the Fine Arts Museum. This was massive and really varied; it was a good day for Feminism as it featured sculptures and images depicting strong women. 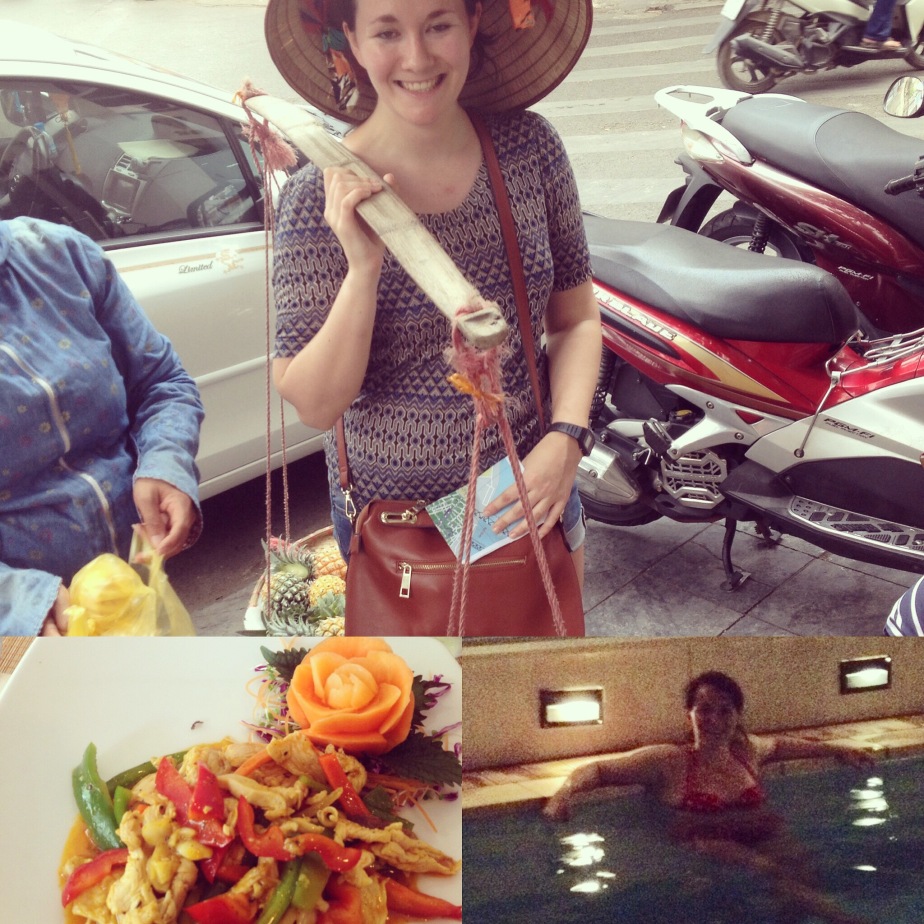 So, hopefully we’ll have time for another trip to Hanoi to see all the other stuff we missed. We went back on an overpriced cyclo and passed the One Pillar Pagoda. We missed the Ho Chi Mihn Museum from my rather ambitious itinerary. We ended the day with a swim and hotel food – something that tasted like a roast dinner but with rice. 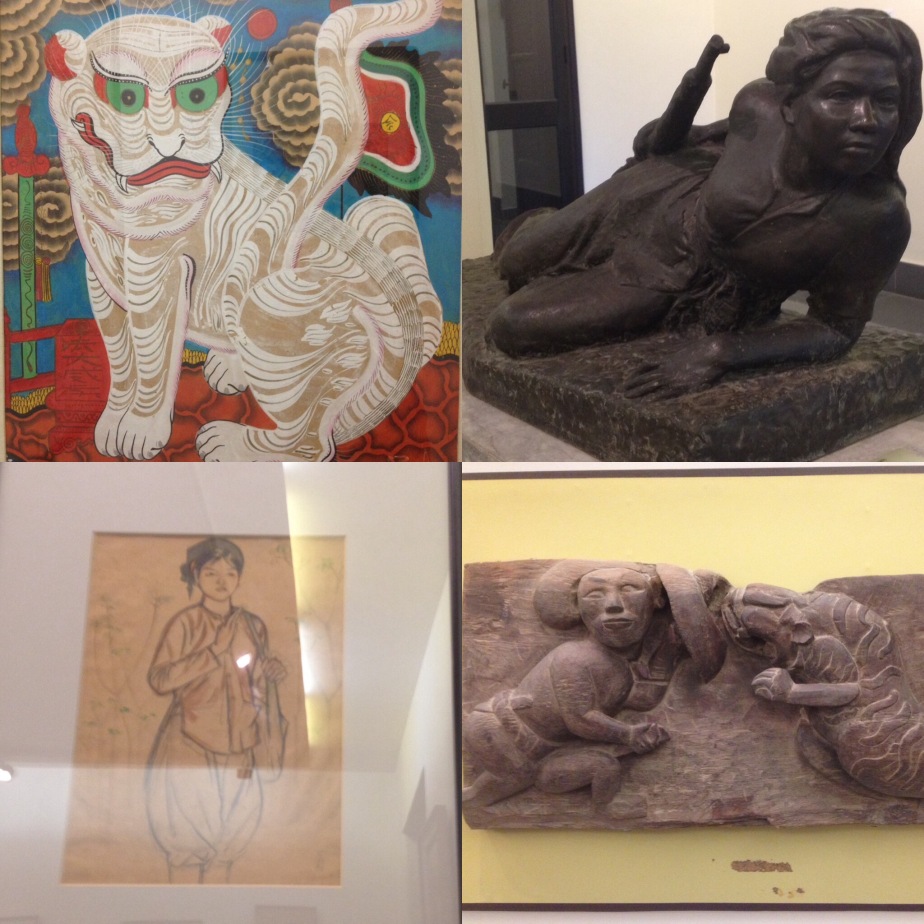 It’s been an eventful week in Haiphong. We’ve moved hotels due to the first one having a rat and mouldy rooms, and are now in the Diamond Hotel, which is so much better. I’ve done a lot of induction stuff and had my first two teaching days, but I’m feeling really run down. I don’t know how I’m going to cope with being a proper teacher here. I have 23.5 teaching hours this week, but it’s taking me so long to plan, so I need to cut it from around two hours down to one hour. 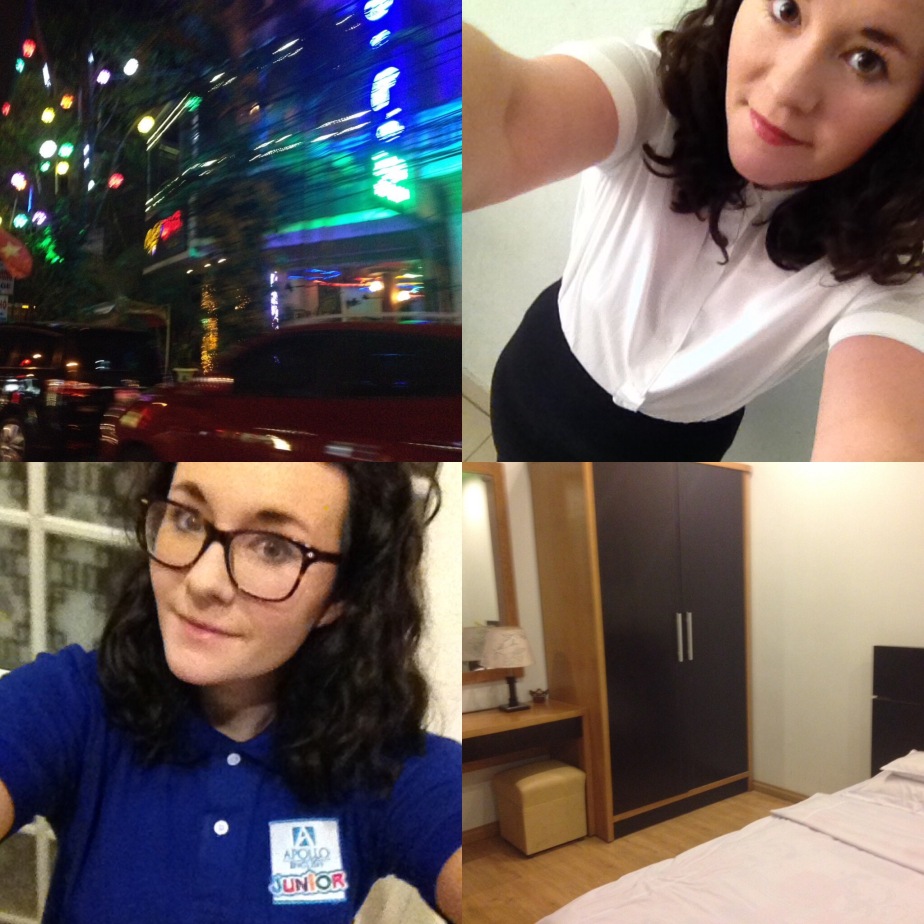 We had a rooftop BBQ one night that was delicious, had a tour of the city, and I’ve even ridden on the back of a couple of motorbikes!  I don’t look as scared as I thought I would in the photo below. I’m currently on my first weekend off, and I ended up planning all day on my other day off, which made me ill! 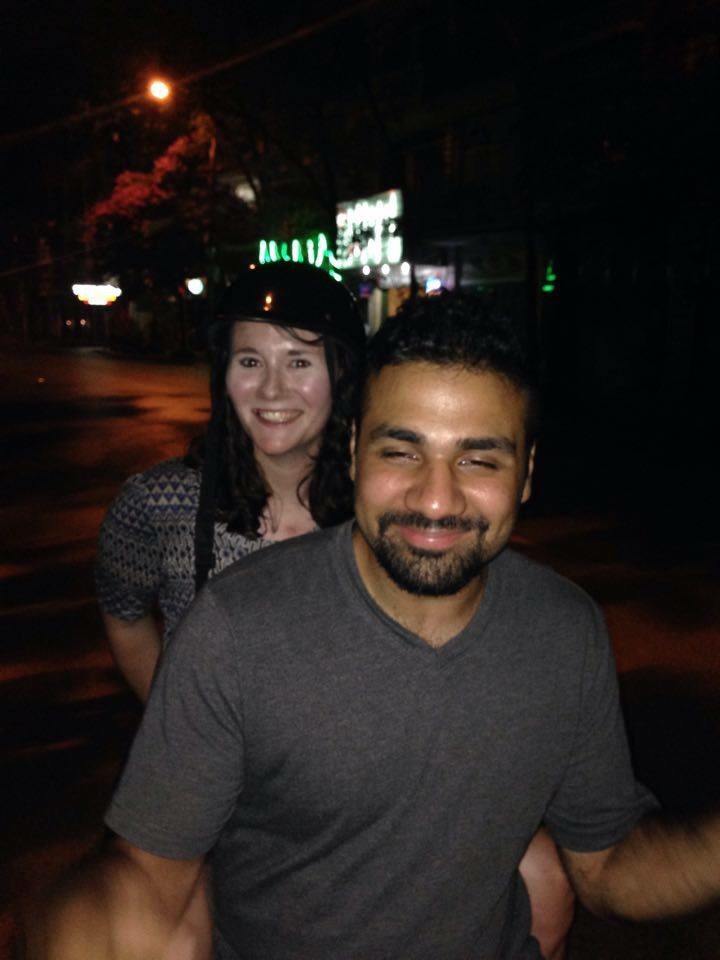 Yesterday we went for a walk around a couple of different parts of Haiphong and that was nice, but very tiring and hot. We ate at a place that seemed to specialise in frog, and brought us extremely bony chicken, which lacked meat, but made up for it in feet! 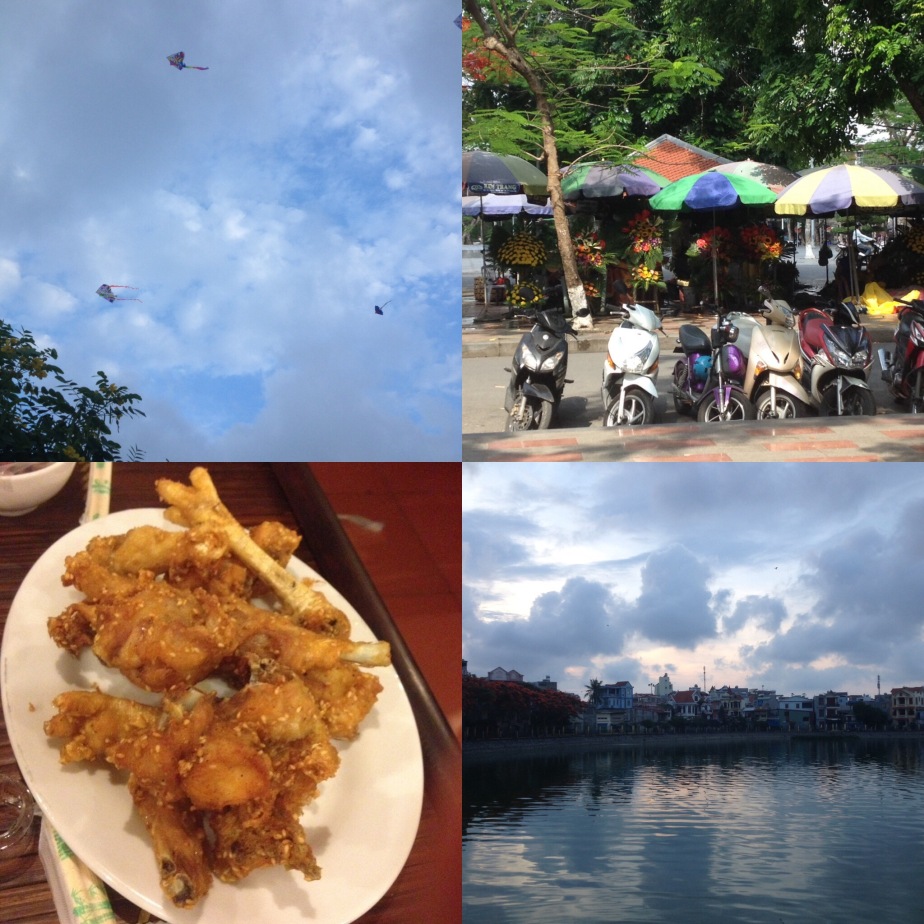 Today I’ve just been ironing and chilling out, writing and making up for yesterday’s horrible meal. I’ll see how this next week goes and then hope to make it to the beach for my next weekend off!