The last part of Thailand we explored was Chiang Mai, and I wished we had more time there, and regret not being able to visit Pai too. I liked the feel of the place and when a stranger approached us on the street we were surprised that he just wanted to talk to us and not sell us anything! Very unlike Bangkok. After a pretty bad night’s sleep (the air con was freezing and the lights were on constantly) our first day was spent looking at Chiang Mai’s temples. What I loved was that we could walk around all of the main city, going from temple to temple. 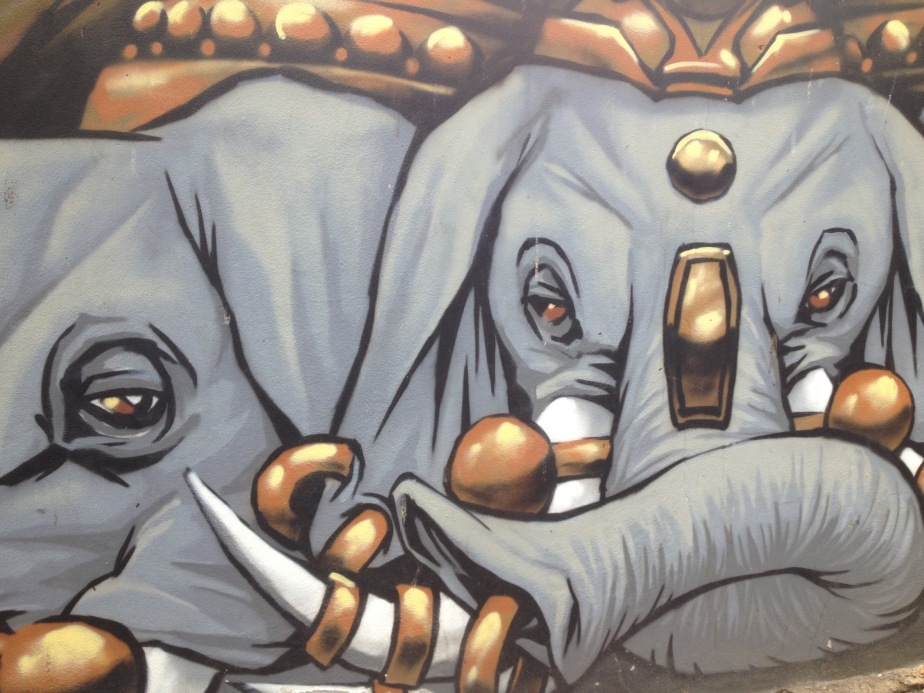 Our last stop involved a ride out of the main area to Wat Phra Singh. Here we walked up a large set of steps and saw a parade of music, though we were unsure of the occasion. The grounds were interesting, and the sight was pretty amazing too. The sun was setting and our eyes were closing on the 30-45 minute drive back to Chedi Home. By the time we got out to eat, we just went somewhere nearby. The food was average, and it was strange as we were the only ones there and music was pumping. Some of the locals, probably family friends, played pool nearby. 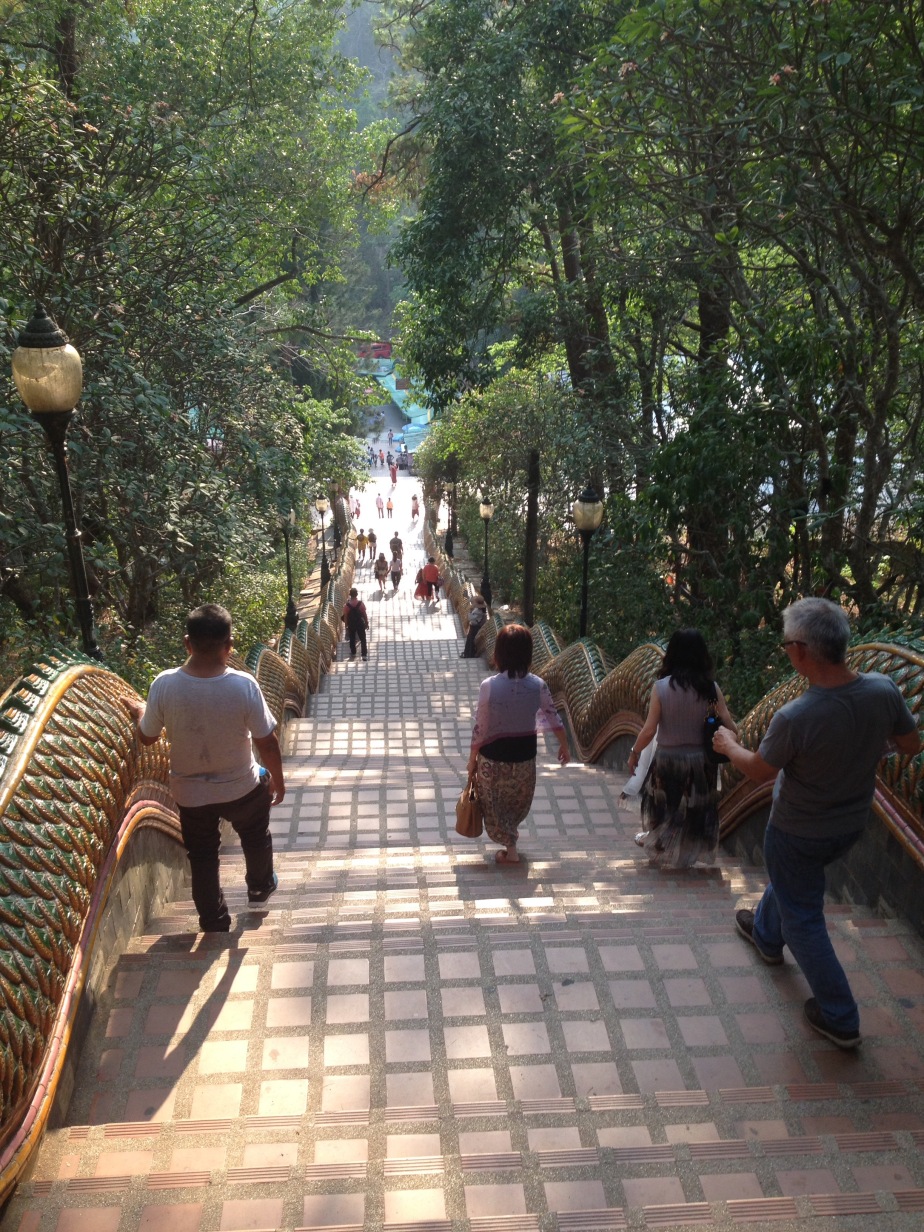 The next day was my birthday, but it didn’t feel very much like it without my friends and family around. I’m used to doing lots of things to celebrate and although I planned the activities for the day, nobody else I met that day knew it was my birthday and so it didn’t feel that special. But I turned 27, so maybe that’s the age birthdays are just a marker of another year gone.

We were picked up at 8.30am, so no birthday lie-in for me. We attended a Thai cookery class that lasted until around 1pm. We were taken around the market and shown around the garden. I then cooked Pad Thai, a coconut milk soup, vegetarian spring roll, curry paste and Penang curry. I was worried about the curry because I knew it had ingredients in the paste that I didn’t like, but the peanuts were plentiful and it was the best one of tasted. I’d ordered it elsewhere and it had been awful, but at least I know how to make it myself now! We were given a recipe book with all the meals we could have cooked. I will definitely want to try them out when I’m back at home.

After the cooking, we rested a bit – I had a Skype call with my parents and they sang me happy birthday. I had opened some cards from family that if brought along too. We then went for a massage and it was a bit too painful, but it was cheap. We then had a swim in the hotel pool, and got ready for the evening. I wanted to go to the night market and heard there was good street food there too. Unfortunately my sweet and sour chicken tasted awful, but I did have the most amazing fruit smoothie. We spoke to two girls from China and their food looked so much better! I didn’t think I would spend so long at the market, but we were there until closing. My boyfriend bought me a magnet and a cool elephant ring as a present. We got a tuktuk back before tucking ourselves into bed.

The next day we went for an overnight stay at the Elephant Nature Park. Although I would have said that the one day was enough, I think I enjoyed the second day more for some reason. Maybe because of the rain, it was cooler, but it felt more chilled out and less of an effort to do things. The activities were more or less the same – feeding and washing elephants, but on the second day we also made some rice balls with banana and pumpkin.

The first night as we began to wash the elephant, a storm began and it meant we were even more drenched in water than we would have been otherwise. I also somehow failed to bring a whole change of clothes, and had only brought a different top. Luckily my shorts had dried enough to wear for dinner. The food wasn’t that great there, but they did have lots of lychees, which I enjoyed. I passed on washing the elephant the next day and took photographs instead. I didn’t want to ruin the clothes I had to go back in – the previous day’s top was spattered with mud, but it came out in the wash thankfully. My friend also told me Lauren Conrad was there, and I kick myself now after realising that she was one of the girls singing to a guitar at the park! She just looked so different, I thought that it was a group of girls in their late teens, but there was something that made me wonder – I just didn’t know her face as well as my friend, who is a really big fan. 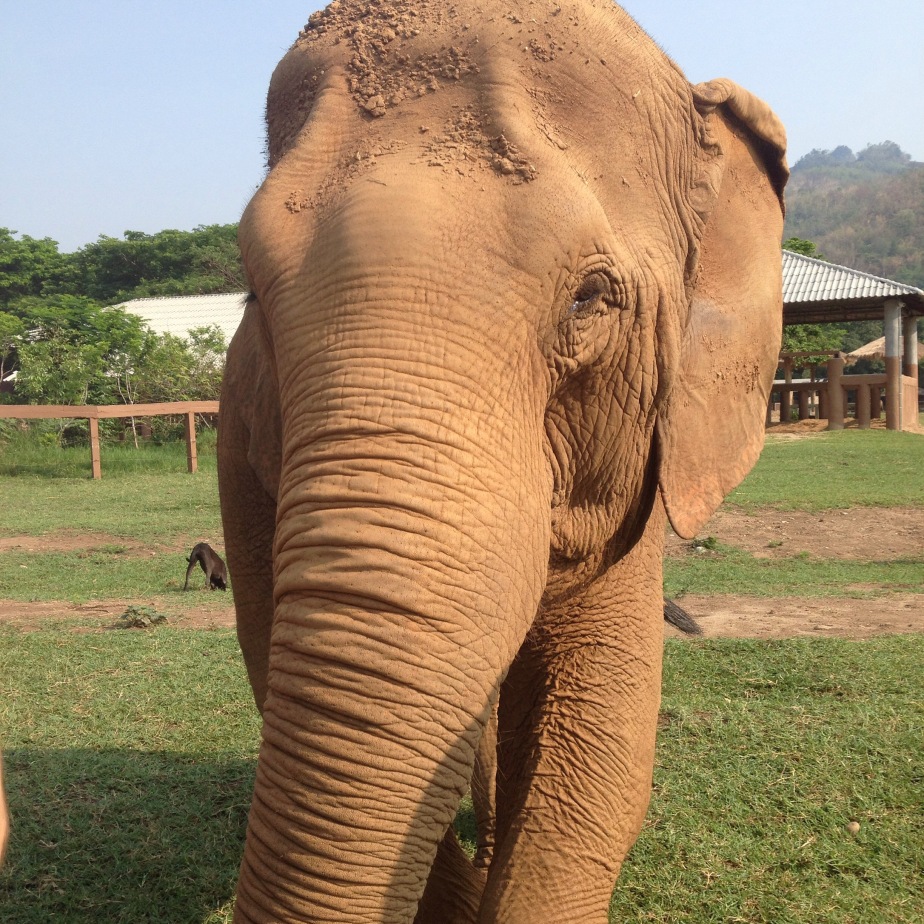 Although the baby was really cute, my favourite elephant was one called Kabul or something like that. She had an injured leg/foot and there was something about her that I liked. She was calm and quiet. It was actually really fascinating to learn about the elephants in terms of how similar they are to humans. They have memories and emotions and so a lot of them had the same name as they were given when they were working for entertainment. It opened my eyes to how horrible this side of tourism can be, as they are abused through trekking and circus shows; even the methods of getting the elephants to paint pictures involved causing them pain. 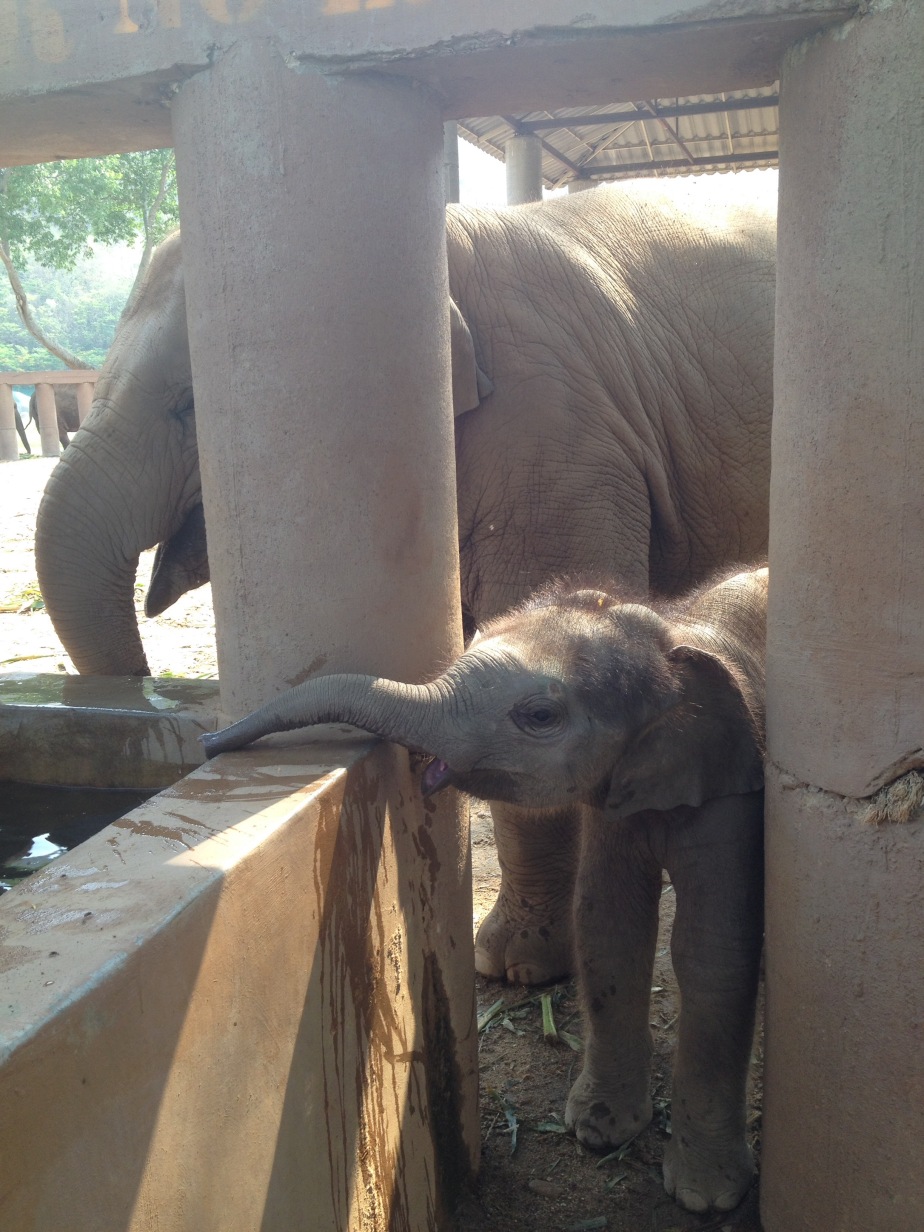 We arrived back at the hotel quite late and after a dip in the pool we went out for some food. We had an early night, ready for Vietnam, though after 3 weeks, still not quite ready to say goodbye to Thailand.