Today has been a good day. I reflected on how I’d appreciate my job more if I wasn’t so focused on things outside it (making it in the poetry biz). In this moment, I realised that I can enjoy my job a lot more by adjusting how I’m looking at it. Sometimes I see it as something preventing me from doing things I want to do. I’m sure we all do from time to time. Actually, there’s room to be quite creative in my role as an Academic Mentor for English, and it’s given me a lot of experience that is sure to benefit me in my future career.

Today I also took the opportunity to read some of my poetry on the theme of adventure to some visiting primary school students as part of World Book Day/Week. They were in Year 6 and were adorable, and so hardworking and talented. It was a real pleasure to work with them to produce their own adventure poems! I saw only a handful, but I was really impressed by the imagination and creativity of their work, and how enthusiastically they scribbled away. 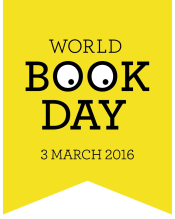 I left work having read an Irish myth with some Year 11s, and having written some sonnets with my Creative Writing Club. I was feeling pretty chuffed, and looking forward to writing a different blog post and hoping to revive the novel I started a couple of years ago now. I then passed a man who, mid-crossover, held out his hand to me. There was a wad of cash and a piece of paper, and he was gesturing to me to take it. He told me, “you’ve had a good day, you deserve it.”

I was really taken aback, and for some reason, I said “that’s alright” and refused the money. It was about £20-60. I didn’t look at it long, and soon enough the moment was over. But it got me thinking. I was so curious as to why someone would do that. And why me? Pure chance, luck of the draw? It also made me think about my reaction – why did I reject it?

Well, my first thought after rejecting it was that I could have given it to someone who needed it more than me; if this was a random act of kindness, I could have accepted it and passed it on. Remember the film, Pay it Forward? I thought of the woman who is regularly on the streets outside Bethnal Green tube station, about the poets coming to perform at my place of work for very little money, and the friends and loved ones who are struggling to earn who I could treat with it.

If my first reaction was that I’m not deserving of it, why was this? I’m on relatively low pay for the job I’m in, for my qualifications, and still live with my parents due to this. Plus, with my artistic ambitions, saving every penny should be important. Maybe because it was near payday, and maybe because I had been reflecting on how lucky I was already that day, I felt like I should reject it, that I didn’t deserve it.

This idea of what one deserves is interesting, especially as I tend to make a lot of assumptions about what I deserve. However, as I’m writing now I realise that these assumptions are  bound up in exchanges. Perhaps it felt bad for me to accept the money because I’d feel guilty: no exchange took place. However, by rejecting it, I may be denying him the good feeling of this random act of kindness, if that was his intention. There are two strands of thought to which this is then tied. Firstly, this idea of exchange, I’m guessing, must stem from living in a capitalist society. I hadn’t done anything to earn that money, so why should I have it?

Secondly, my mind jumped from thinking about what I could have possibly done to earn the money. That maybe I didn’t do anything, maybe I just was. I began to wonder of the intention in a way that may not make sense, but I wondered about the gendered aspect of this situation. Would he have offered the money to a man? I questioned this, and when I told my dad, he not only said that he would have taken the money, but that he imagined if he was a woman he would be wondering about the intention of this.

I’m not saying there is anything gendered in terms of taking the money or not (yet) as my mum also said she would take it. But I have to admit that these years of walking as a woman have made me defensive when it comes to men talking to me in the street due to the amount of negative, intimidating situations I’ve encountered. A random act of kindness did provoke some suspicion. I felt the same way when a man offered me a seat on the train once: do I look pregnant? I panicked.

I wondered what was written on the note, probably a nice message about having a nice day and doing something nice with the money. The guy that approached me was just a normal guy, nothing stood out to me as unusual. And he did seem genuine and nice. Perhaps it links back to experiences as a teenager with what strangers were to me. They threw water balloons at you. They slapped you in parks. They called you to their van to ask directions. They kissed you at drunken parties. They called you and threatened to “shank” you. What is sad is that I’ve internalised these experiences, so that when a stranger does something we can probably safely assume was kind, I question these motives – and my deservingness – so automatically that it is simply a reflex to reject the money.

I’m really interested to know what others would do, so please comment below to let me know how you think you might react to this situation. I’m also really curious to find out why this man offered me this money, so if he ends up reading this, please let me know! I wish I had stopped to ask why. For now, I’ll override my initial concerns and put it down to a random act of kindness. And maybe next time I’ll be more aware of it happening.

One thought on “What would you do if this happened to you?”