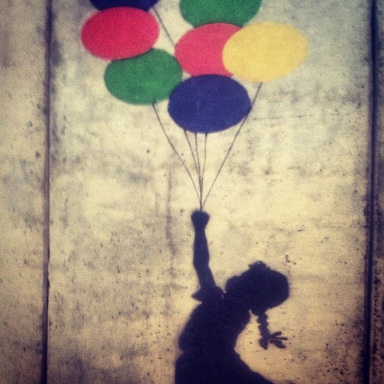 Last month was my birthday – yay! I’m 24 now and I for the first time since I turned 19 I didn’t go clubbing. I went to the Roy Lichtenstein exhibition (loved it), had a meal at The Diner with about 10 close friends and had drinks around Hoxton before going to the comedy show at the Udderbelly (ok until they made jokes about domestic violence etc.) All in all, it was a great celebration, and my actual birthday was made amazing by people at work showering me with books and homemade cake. Two of my favourite things. I’ve been really busy… do I keep saying that?

So, my time at Bang Said the Gun has come to an end. Here is a terribly unflattering photo of me performing, but I’m grateful to Cat Brogan for the evidence that ‘Carmina waz ere’ and all that. I really want to come back to do the raw meat stew… and hopefully a feature, in the future! Something that I feel I have to speak up about is the level of misogyny, not only at the Udderbelly, but (sadly) at Bang too. More so, the fact that it is so ingrained in society that most people don’t question it (or don’t seem to) and so I did my bit and scattering some Feminist glitter on my poetry sets.

The energy of the last one was the most inspiring as the raw meat stew had less of the sexism, Martin Figura gave his nod to Feminism in a polka dot shirt and Cat Brogan hula-hooped whilst singing about her clitoris. That’s exactly what needs to be done; don’t run away, but challenge it, perform something better and show that you don’t have to be offensive to be good. I thoroughly encourage females/feminists to come and have a go! Anyway, more about that darker side of the poetry scene later. I had a great time every week -even the two weeks when I was ill and my sniffle developed into a full-on fever, it had me in bed past midnight.

I also had a stall at the Saboteur Awards, which was great (despite my fever) and I got to meet a few cool people.  I can now said I have been fortunate enough to have worked for an award winning company (Penned in the Margins), taken part in an award winning project (Shake the Dust) and performed at an award winning night (Bang Said the Gun). Check out  what you missed out on by Richard T Watson, and Dan Holloway (who said my stuff was like ‘Cath Kidson branded poetry’).

I didn’t sell as much as I wanted to, but Poetry&Paint was quite popular and I sold a t-shirt and some of the badges and stickers. I didn’t sell any of my own books/CDs as I guess nobody really knew who I was. People did say my stall was the prettiest though. Since Poetry&Paint is kicking off, I’ve extended the deadline for the next issue but only specifically because I’m looking for a response to Siobhan Belingy’s artwork. Deadline is the Friday 7th June. Don’t forget to buy your copy of the first issue. 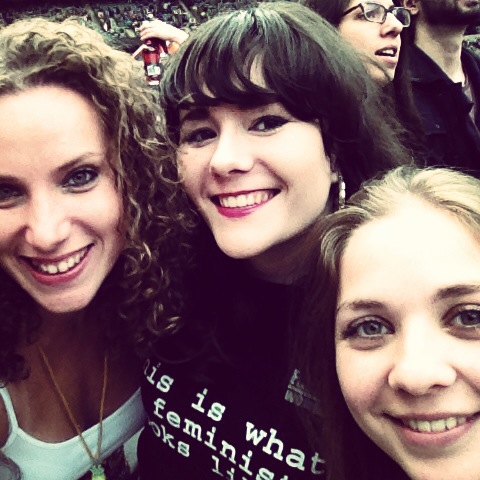 On Saturday I went to Chime for Change, which was particularly fun when J.Lo and Beyonce performed as they had such a range of material. It was amazing to hear speeches from the likes of Desmond Tutu on video and Madonna in person. There were so many amazing performers and speakers, but all I really need to say is to check out the different causes the event supported at Catapult. I wore my ‘this is what a Feminist looks like’ t-shirt and one of the bouncers called me ‘Mrs Feminist’… I suppose I should have said ‘Ms Feminist’ haha!

One of my friends asked me to break down feminism for them, and I spoken about equality, and acknowledging the subjugation of women over hundreds of years. I hope I did a good job to explain why. I find it annoying that my peers don’t know this stuff already, but if I’m honest, I wasn’t at all surprised to hear that as it is only recently that just a handful of my friends have turned to Feminism. I don’t want to force them to identify as such, but I just hope I have a positive influence in making them think it is a good thing to be! The slogan for the event couldn’t be more right: how can we move forward if half of us are held back?