It’s been around a month since I last posted, and nearly two since I’ve been in Spain. Has my Spanish improved? Well, if you were to believe the concierge of my building, or my housing agent, the answer would be yes.

The concierge said my Spanish was better after I asked him ‘Que tal?’ (How are you?) and my housing agent said so after I said ‘Vale. Perfecto. Gracias’. (Okay. Perfect. Thank you). I even had to Google Translate her response. This is pretty basic stuff. 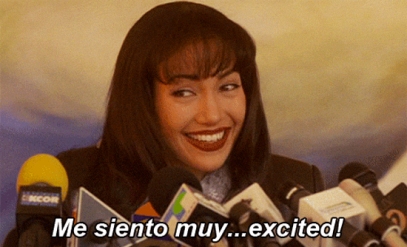 It is also things I already knew. And as much as I do know more new words, stringing a sentence together in real life conversations. I appreciate their enthusiasm, and it’s amazing how much it encourages me to attempt to speak more to them. Despite not knowing all the words to form a sentence. But that’s how you learn, right?

Being both a student and a teacher has really made me see how people in my class must feel when they don’t have the language. And even just responding with a smile on your face to students is so important. It’s not their fault when they lack some of the language.

Every lesson I feel like crying. It is so frustrating when I don’t know the words to speak, or if I’m not given the time to think about my answer. My lessons are too difficult and fast-paced and I am struggling, but they are also a perk of the job, so I don’t feel like I can say to slow down when other students are able to keep afloat.

At times I feel like I’m drowning, especially recently when I missed some lessons. But I keep going, and try to hold back my frustrated tears. I’m planning to dedicate a chunk of my weekend to studying. 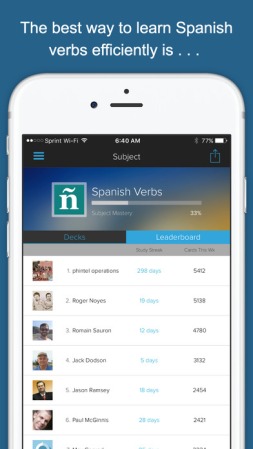 I have also been regularly using apps to help. The best ones I have been using are Duolingo (obviously) and Spanish Verbs (Brainscape), which using a technique where you rate the confidence of each flashcard. It makes learning verbs fun, because you feel like you are gradually absorbing the words.

It is hard to find the time, but it is possible when you make it a priority. Obviously, other things can take over – work, friends coming to visit, and also wanting to lead a creatively fulfilling life. But as long as it is at the forefront of my mind, if I keep going, I will improve.

Now, I just need to find out about that Friday intercambio…

When you’re a planner and your life is made of calendar dates and Excel spreadsheets, it can be hard to relax. Even a fun poetry night or a social occasion can be in danger of becoming another item to tick off. Trying to listen to what I actually want to do with myself? Almost impossible. 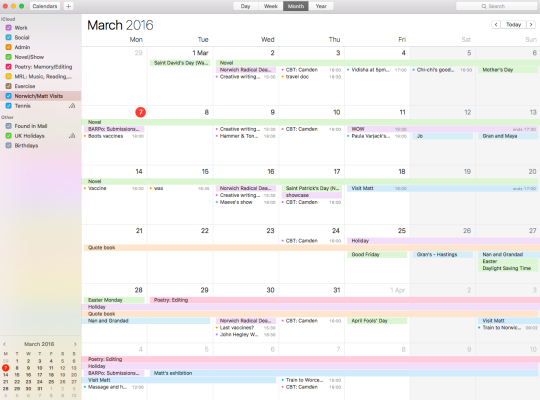 So, I am trying to do less, to give myself more time to reprioritise, because sometimes part of this comes down to being unable to know what’s important. During my last CBT session, I admitted that even I – known to many as being hyper-productive – can procrastinate.

At the moment I want to continue a currently unfinished novel I started two years ago during NaNoWriMo. Whilst at times I had reasonable excuses to avoid completing it, since the beginning of this year I have purposely been staying in more, so I can write more. And I have written a lot of poems, and that has made me happy. I’m taking part in an online writing group where we are writing a sonnet a day for 40 days to coincide with lent (just let me not to give up, but to take on).

So, working out things at the top of my priorities, with an impending deadline being that I am leaving the country in less than two months. So, I want to finish my novel, and I want to edit and consolidate my existing poetry. Instead of tackling these after I’ve written the poem of the day (not to mention the past few months before I started doing that). I will complete easier tasks, like emails, researching travel, doing applications for things, and I will even put things off by playing games (like a normal person). 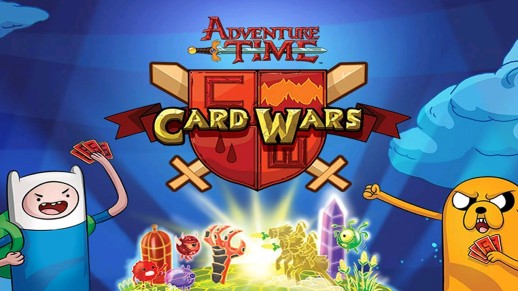 However, even as I write this, I’m thinking… actually, I wanted to blog more regularly, and I’m doing okay at that at the moment. But other things pop into my head – I want to learn Spanish, or at least go on DuoLingo regularly enough to keep my topics golden. I want to write creatively everyday, which I’m doing and would like to keep up. I want to keep on top of my diary. And I want to read more! I just read Margaret Atwood’s The Handmaid’s Tale in less than a week because I set myself that as a goal, and it helped that it was an incredible book – a captivating storyline, but also rich in its language, very poetic.

Apparently, I could also do with some “unstructured time” and have been trying that with my CBT. Maybe it’s because it’s connected to building tolerance to uncertainty (I hate uncertainty), and that I feel guilty when I spontaneously play a game, but I feel like I would benefit more from structuring this time loosely… having a reading goal not only helped me achieve something in a sense, but I was able to enjoy it because the activity itself is a form of relaxation, as well as being mentally and creatively stimulating.

One of the best things about having creative ambitions means I never run the risk of becoming bored. Even when I thought I would be bored re-reading this terrible “novel” of mine, it was actually interesting and giving myself a time-goal really helped with that. I’m nearing 27 years of age, and whilst that’s a terrifying prospect having quit my job and moving (temporarily) out of my parents’ house to go abroad, there are some cool things that maybe some people can only experience at such an age. 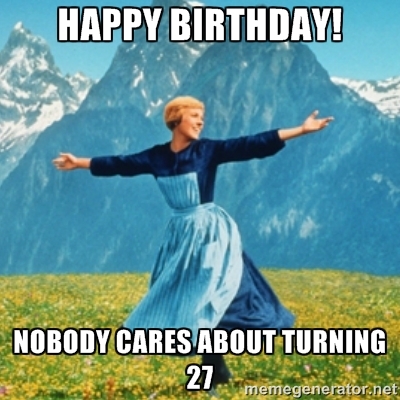 Although it’s not specifically related to being 27, I feel like I’m really focused on different goals, and actually being able to begin to prioritise a bit more successfully. Except maybe for the rare urge to drink lots and dance, I now take great pleasure in meals out and quiet pubs. Like, can we go somewhere we can actually hear each other? And did I mention ‘Things the Grandchildren Should Know’ by Mark Oliver Everett? Not the book format, but the audio version. For a while I got really excited about audio books, but didn’t manage to find another one like it. The storytelling was on point, but it also utilized the form by playing music (Everett is in the band Eels) throughout it. If anyone can recommend me any more of those, please do. I tried to listen to one on Patti Smith, but felt frustrated by the lack of music.

I also used to hate sleep, and being cyclothymic I sometimes want to stay up late/all night, but for the most part, I enjoy that feeling now of getting into PJs fresh from a hot bath and cuddling up in bed. I’m lucky if I get 7 hours, but I actually appreciate sleep so much more than I used to. It’s a habit I’ve not quite ingrained in my psyche, but I also enjoy a bit of meditation (Head Space, standard) and mostly use it to settle before bed (okay, on a good night, I’ll fall asleep during it). It’s still difficult to pull away from activity, and nowadays to even look at just one screen at a time, to relax in ways not involving screens.

So, what I’m trying to do more is to be flexible, to be kind to myself and not punish myself for not finishing my to-do lists when they’ve been overly ambitious, or when getting expensive travel vaccinations have delayed going home. I’m learning to listen to myself more, in terms of what I’m doing with my time. The other week, I had an argument that resulted in me being intensely emotional, and I felt a strong need to write in my diary. I couldn’t do anything else until I had got my feelings out, feelings I had been avoiding expressing, without even realising I needed to, because I couldn’t form the words until that point.

Life even at its most comfortable, isn’t always easy to figure out how to do. So, turning 27 soon is just about continuing the journey, trying to listen to what you need and want to do day-to-day.