It’s been a while since I’ve written anything here. I’ve actually had a bit of time where I’ve not been working that much. I tend to make a big thing of birthdays, and my friends aren’t in one big group, so I did lots of different things for that – a night out north of the river, dinner and Francesca Beard‘s incredible show ‘How to Survive a Post-Truth Apocalypse’ at Battersea Arts Centre, Ballie Ballerson (which I found overrated), and Draughts board game cafe (which I love). I even added an extra picnic on the end the following weekend. On my actual birthday on 14th May, I went out with a fellow freelancer, and we had a DIY breakfast at Jack’s, and explored some galleries.

Another highlight was going to Liverpool for the first time with the same friend. It was a lot to take in as we spent a lot of time at the International Slavery Museum, before going to a talk about Shy Radicals (Hamja Ahsan) and Shrinking Violets (Joe Moran), then exploring the Tate Modern and the Yoko Ono & John Lennon exhibition, and other galleries. I felt like there was obviously so much more to be seen as one can fit into a couple of days. 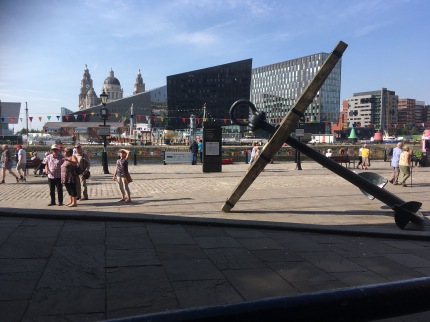 In terms of work, I’ve continued with content writing, tutoring, and exam invigilation that is now closer to home. Being freelance means always being on the hunt for more work, I find. I recently had an induction for remote minute-taking, and I’m due to have some training soon to become an assessor for an A-level English Language exam.  I’m also in the process of setting up some workshops in a school, which will be about shyness/quietness/introversion. I’m currently still in the middle of my workshops at Spread the Word, ‘The Femme Canon‘, and I’m loving it. There are still a couple of places available for just £10 this coming Saturday.

I’m constantly questioning what I’m doing, with part of me nervous about the future, and conscious I’m not doing EFL teaching as much as I’d like at the moment. I worry that if I want a job in the future that it will look bad, but then I figure the world is my oyster in that respect and I could go abroad again to teach. The one thing that is making me consider moving out of my parents’ house again is the amount of travelling in London I’m doing on an almost daily basis. I know as well that I would be happier being more independent, but it’s all a matter of perspective and I could probably last another year here. It’s best to take things a day at a time, I guess.

Currently, I’m getting up at 6,30am, and I’m travelling over an hour (walking) to and from my exam invigilation job in the morning. Thankfully I have some time in between, where I’ll either do some marking, planning, or content writing. I’ll leave at between 2.30pm and 4.30pm to tutor in the evening. The idea then is to still have some time to go to poetry gigs and things. For instance, tomorrow I’m going to a workshop put on by Apples & Snakes after my student.

I had a week off for my cousin’s wedding in Mexico, where I was a bridesmaid and also read a poem written especially for the couple. This week away from work meant not getting paid two Fridays in a for content writing. Technically, I paid for the bulk of the week in Mexico with my compensation from donating my eggs. I’d not had much time to do any of the content work the week before either, so only got £15 from that before I went away.

The wedding was perfect, but so surreal at the same time – being on the beach in Mexico! I wished I had been able to explore more, but sadly I’m no longer with my fellow explorer, who I travelled through South East Asia and lived in Vietnam with. Instead, I was with my parents, who weren’t as keen on getting away from the resort as me. I was thankful to eat some incredible chimichangas in Playa del Carmen, and went to Tulum and Coba to learn about the Mayan ruins, climbing near (but not quite) the top of the 137 feet pyramid of Nohoch Mul. I made the mistake of looking down too soon, but the view was pretty incredible. I also read some Mexican authors whilst relaxing on the beach and by the pool. Carmen Boullosa‘s ‘Before’ was beautifully poetic as a novella, and I enjoyed Chloe Aridjis‘ ‘Book of Clouds’, since it was set a lot in Berlin, where I had my last trip away abroad. I’m in the middle of Carmen Maria Machado‘s ‘Her Body and Other Parties’ and this collection of short stories is incredible. 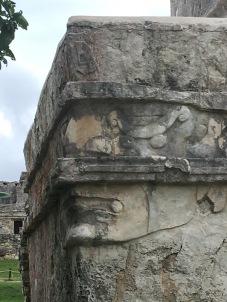 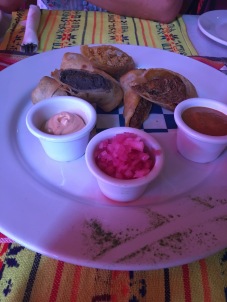 The last She Grrrowls featured Laurie Ogden, Danielle Allen and Leon Craig. The audience numbers weren’t as high as I would have liked, but the three of them were so lovely and embraced the whole evening and we were in the upstairs room, so we could ramble on as long as we wanted in the Q&A!

On reflection, I need to have more gratitude for what I’m doing at the moment, and stress less about stuff. I’m such a type A. It has it’s pros and cons. I’m slowly making more time for creativity too, and with proper goals and deadlines for these kinds of projects, I’ll be able to shape things into a life with a good balance between making money, and everything else I want to do.