It’s International Women’s Day! So, on to a topic that impacts on all artists, but arguably more-so women: payment for our labour.

Pioneers for advocating paying poets include Kate Fox, who started up the Poets Network; Paula Varjack, who is currently doing a show called Show Me The Money; and Vanessa Kisuule, who has been whipping up a storm recently with her response to a recent request for her to travel 4 hours for a 50 minute performance and be paid only £30 plus 30% of the door sales. Ridic. If she accepted, it would mean she was paying to work. Would you expect anyone else to do that in any other profession? No. So, she obviously had to refuse.

Despite my own struggles trying to run events and pay artists fairly, which has always been something that’s been important to me, I also recognise that some people, like me, are also doing low/unpaid work in organising these events, on top of accepting rubbish from trying to be a poet. However, it’s important to address issues of payment as they are integral to the ethos of the event. With She Grrrowls, part of the ethos has been that there’s no hierarchy of performers. However, it’s becoming clear that actually what’s more important is that women are valued for their work in monetary terms. I would still like to aim for equal payment for acts, but in July I am going to apply for funding and hope that it is this way that I can afford to pay artists what they deserve and stop apologising. (Though I’m bringing She Grrrowls to the fringe, I’m told it’s different there and that such nights don’t pay acts, and hey it’ll probably cost me around a grand to go myself, so as long as the acts will already be performing, I don’t think I can help that). 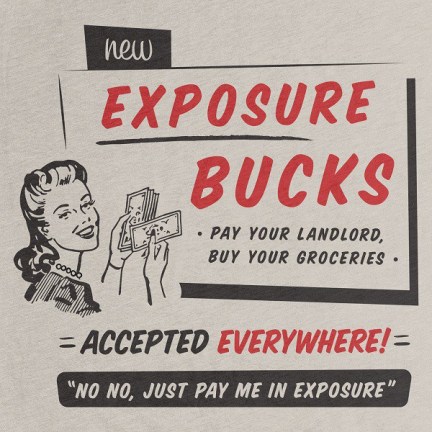 It was Bryony Kimmings who reminded me of this issue a few years ago, when she politely declined a gig that I shouldn’t have asked her to do, but did so on the off-chance, too exhausted from my day job and commute to properly reflect on the reality of what I was asking. She told me about  illshowyoumine, which is about getting living wages for artists (please click that link, so worth the read!). It’s just not fair that being an artist is not valued as a profession, that it is something that only an elite few can pursue, that the starving artist cliché is something we are too close to emulating. In August I am going to take a risk and go to the Edinburgh Fringe Festival, and from this point I’m going to be making my art a priority, and getting paid for it will be my focus rather than accepting another full-time job out of fear that I am not worth the money, a message that is implied by everyone from family and friends, to society at large.

With this in mind, without naming names, here is the good, the bad, and the ugly, of my experience being a professional poet over the past decade, albeit a part-time one.

So, in a few months I will working towards getting more of ‘the good’. For now, unable to afford striking today, I will be teaching English and hustling to get some paid writing work so that I can, like, actually eat whilst in Edinburgh.

One thought on “Paying Poets: The Good, The Bad and The Ugly”