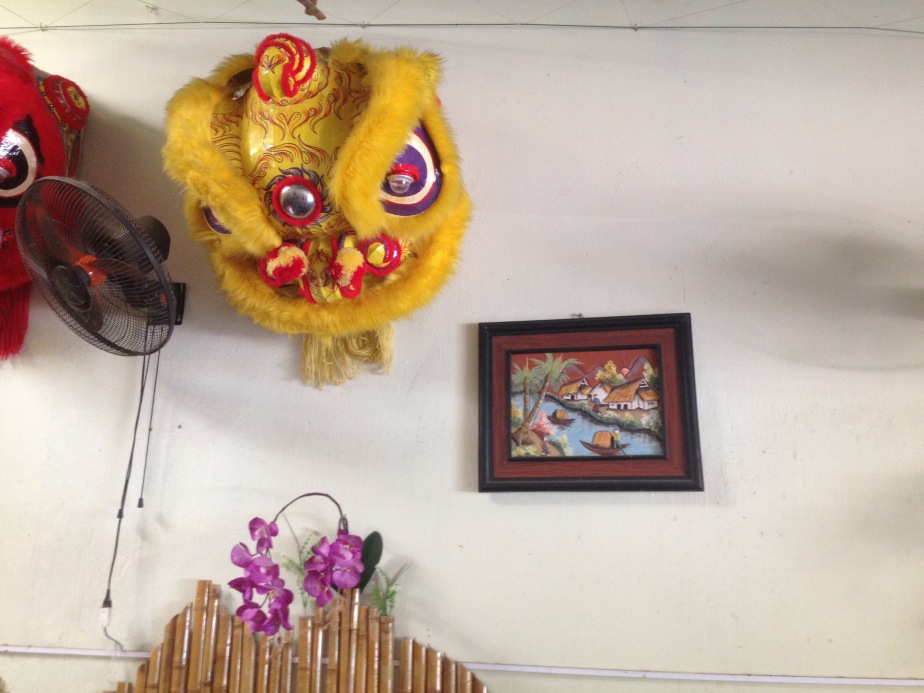 The last couple of weekends I’ve been back to places rather than go to new ones. We went to Cat Ba, our favourite place in Vietnam (so far). The journey there was a lot choppier than previous journeys, and frankly it was scary! I thought I was going to throw up, but thankfully that feeling passed after a bit of time on solid ground.

We did a similar thing to before where we rode a motorbike through the island. This time we also stumbled upon a place called “Cat Ba Green”. It was very pretty, but the animals there were kept in cages far too small, especially the monkeys. After dinner, we rested and then went on a late-night ride again. We sang as we whizzed through the island, and this made it feel even better!

The next day we went to the beach and spent the whole day being swallowed by waves, and being burnt in the sea. I had bought a book recently from a store in Vincom (Haiphong) and spent some time under the big shades, but the sky was so clear that even factor 50 was not enough to protect us. 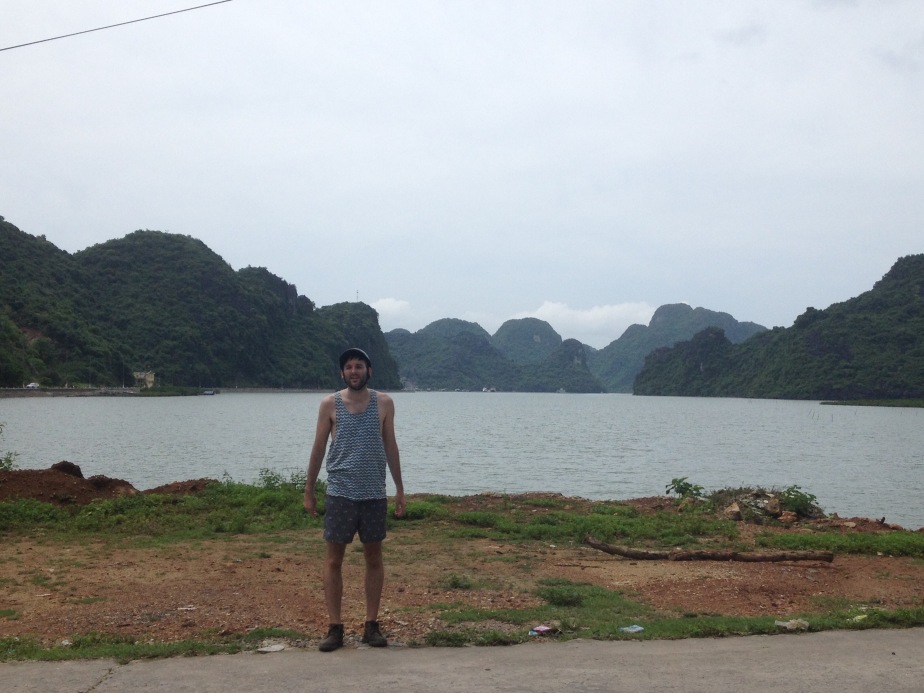 The book, by the way, is ‘Kafka on the Shore’. I’ve only read ‘Norwegian Wood’ by Murakami, but I loved it and I’m really enjoying this one. I bought it the same day as I discovered the BBQ places, which are great! I’ve also recently eaten at a Korean restaurant, which I had been wanting to do. I get a bit bored with the Vietnamese food in Haiphong, but it’s good finding new places to eat.

We also just came back from Hanoi, which is a great place to find a wider variety of food. Of course, it meant we also got some western food in the form of spaghetti bolognese, and beef burgers. It was great being back in Hanoi, and part of me wants to go again whilst I still have the chance, but I also kind of want a more chilled out weekend.

The first day in Hanoi we wandered around the streets, and visited lots of little art galleries, including L’institut Francais de Hanoi. We bought some clothes, and my boyfriend got a really cool top from a place called Ginkgo, which I ended up writing about for the Norwich Radical because it seems like a really amazing clothing company!

We stumbled upon the National History Museum, which just enough time to visit one building that detailed what happened during the war with the US. It was really shocking, especially considering how recent it was, finding out the way Vietnamese people were chained up, killed with guillotines, and dead bodies dragged along by cars. The tail-end of a bomb was displayed, and made the reality of it all the more terrifying.

The next day we went to the Ho Chi Minh Mausoleum. After seeing the embalmed body in a casket, surrounded by guards, I felt a strange sense of regret. The whole process leading up to the experience was stressful, as I stupidly hadn’t worn appropriate clothes and was forced to put another set of clothes over the top of my dress, and the bag deposit system was a mess. It meant we worried about getting our bag back and didn’t see anything else. The fact that we had then only see Ho Chi Minh’s body like that felt disingenuous. I felt like it should be somewhere that people go to pay their respects, rather than what it was – a tourist attraction, of which I was regrettably a part. If I did go again, I would like to see the rest of the complex, visiting the museum, as well as going to another museum a bit out of the way.

Instead, we spent the rest of the day walking through streets, parks and lakes. We met a Vietnamese couple whilst stopping in Lenin Park for an ice-cream. They were so excited to speak to us, and again I felt the familiar sense of undeserving, aware of my many privileges. They were both university students, yet they had never been to the beach, and one couldn’t swim. These were things that we had the luxury of doing every weekend we chose.

At times Vietnam feels very much the same as home, and at others it feels so far removed.