For the five year anniversary of being with my partner, we decided to go to Halong Bay. We had a relatively early start and got a taxi to Lac Long bus station, and the journey took about an hour an a half from there. We took a taxi to our hotel and managed to check in around midday. The weather was forecast to be thunderstorms, but we were relatively lucky with some light rain and overcast. Being Vietnam in July, it was still hot. 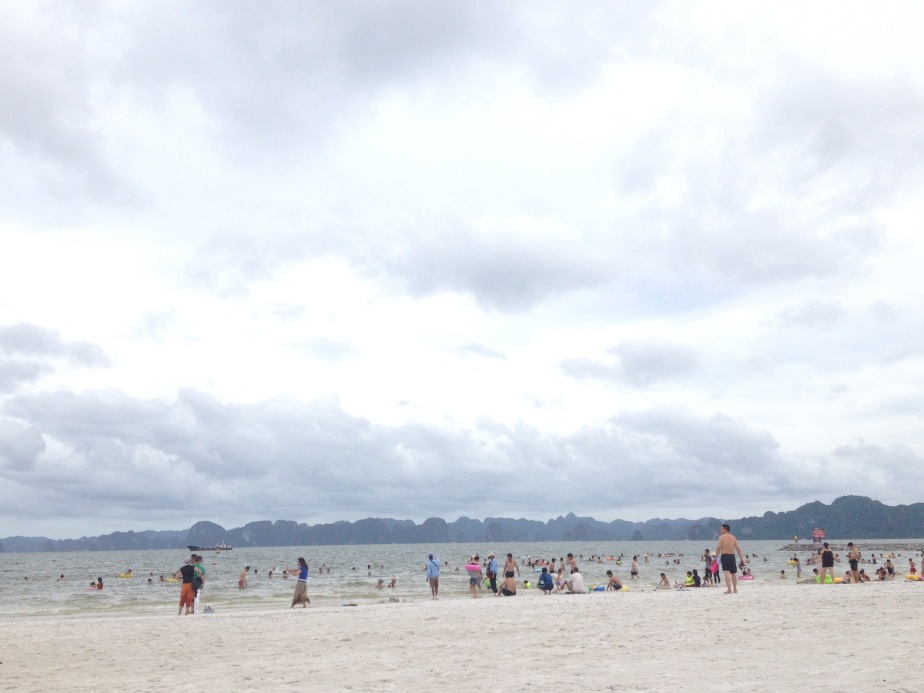 We headed for the beach, and it was packed with Vietnamese people, who we heard were at the start of their holiday period. We walked down the beach to find somewhere less crowded and swam in the water. It wasn’t a clear blue, but it felt so good. The temperature was ideal, cooling us from the humidity and heat, and it felt so smooth to swim in. It was so relaxing to float on the surface as the waves gently moved you, the mountainous landscape surrounding you. The sand was also so easy to walk on that we questioned whether it was real or not. 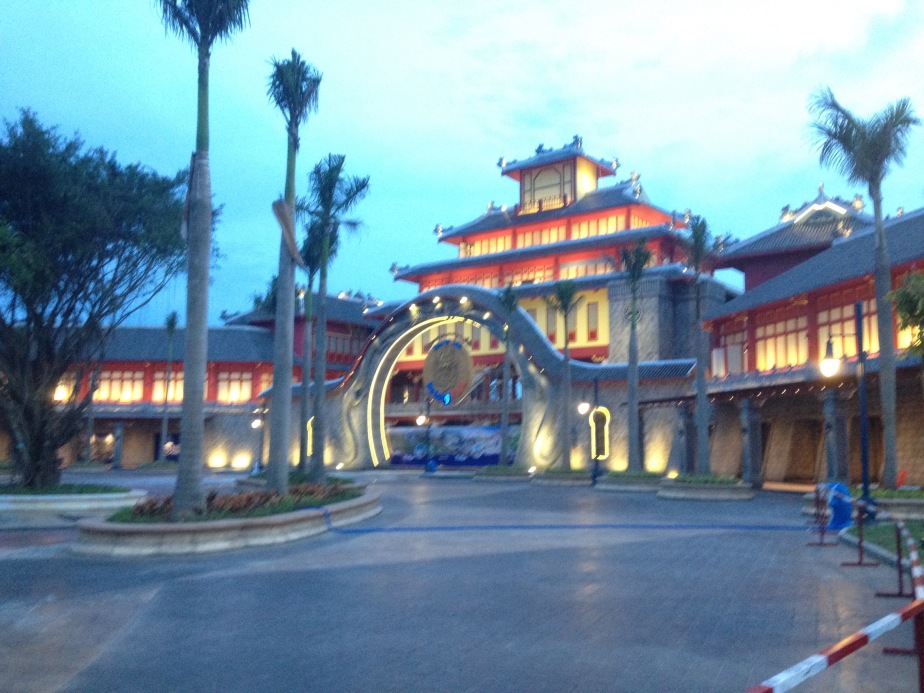 We went back to the hotel to shower an change, and ended up at a seafood place. The next day we went on a boat tour. We set off at 7am and boarded the boat an hour or so later and it felt like an age until we finally got moving. The first place we visited was the most incredible cave I’ve seen. We walked through twists and turns, water dripping into pools of water, lit up by multi-coloured lights. It was really impressed. Things don’t ever seem smooth sailing with us. Our boat slowed down so much that it stopped. Another boat came beside ours and we were asked to board it. Just us two. Another couple took our place and it turned out that we were on the boat for the six-hour tour and we were meant to be on the four-hour tour as we had booked too late.

The final stop was to kayak. I had been a bit nervous, as I always worried about being in control of a boat and thought they could tip into the water easily. However, it was easier than I expected and I ended up really enjoying it. It felt like I had conquered a fear somewhat, and all whilst going through different caves into lagoon-type areas. It felt so good, even as my arms got tired, to rest and float there, before picking up the oars again.

The last stop was passing by the “fighting cocks” rocks. On one hand, I was ready to go back, but on the other, it would have been great to stop on an island to swim and eat. We got a taxi after another great seafood dish, then took a bus back to Haiphong city, arriving tired and a little sunburnt from not wearing protection under the clouds. We ended the night on a takeaway from Indian Kitchen.

After work tonight, myself and some other teachers, and one of the TAs, went to the local street food spot and had some beer and a bbq. I don’t like pork much, but it tasted good, and though I didn’t like the beef, I loved the squid, and we had some noodles with it too. Just one month left in Vietnam now and so I’m starting to plan the next lot of travels!