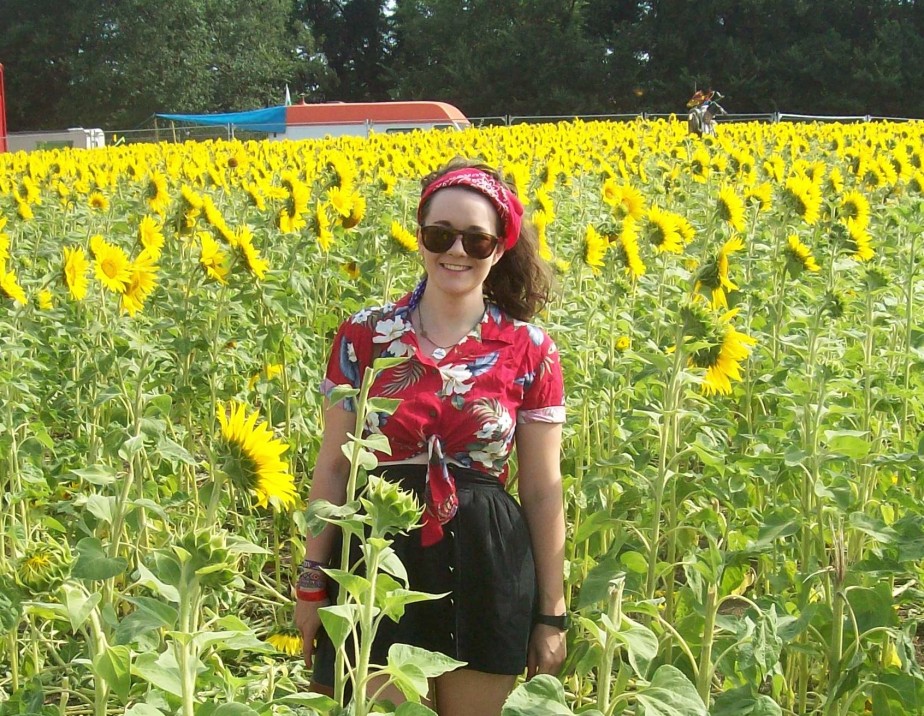 A run down of my time at Secret Garden Party…

1. So, I guess number one has to be my performance… even if I do say so myself, haha! But seriously, after Latitude my nerves had calmed and I actually managed not to spend the three days leading up to my performance stressing. I really enjoyed my time there and could definitely have gone on longer!

2. The lake – the first thing we did was go boating in the lake, and on Saturday we picked the perfect time to brave the water and take a dip. There was a funny moment when a dog jumped in, but it got annoying pretty fast – luckily the owner got it back eventually. It felt so good to swim around as the morning sun shone down on us.

3. More than music – my favourite parts of the festival were the randoms little things that went on. As well as the lake, we hula-hooped, joined the community choir, held snakes and chameleons, painted with watercolours, did some shiatsu and meditation, and watched an impromptu acrobatic show. There was also the “Dave Off”, which was silly and hilarious. We also had a bit of a dance to some African beats as our campsite neighbours got chatting to us and got us to come down to the Feast of Fools where they were playing.

4. Favourite performances – fellow poets Emma Jones, Amy Acre and Amy Blakemore performed in Poetry Period on the same stage as me. I didn’t know they were going to be there until the day (let alone any other poets other than ‘Dead Poets’ Mark Grist and Mixy who we saw a couple of times). The last night we shared a  second Roaming Rotisserie meal, plus some churros, and settled at The Amphitheatre where we saw a great range of acts including an open mic final with an incredible beatboxer and freestyle rapper (he managed to deal with the horrible audience-given topic of ‘Hitler’ perfectly), a hilarious comedy show from Le Pain (I think that was the name), and an energetic musical performance from Classy-Cool.

5. Music – I have to say a couple of my favourite music acts were ones I stumbled on – Swell on the first night, and Denai Moore who I hope to catch again at Camp Bestival. I also saw Kwabs, Kyla La Grange, Foxes and Public Enemy. 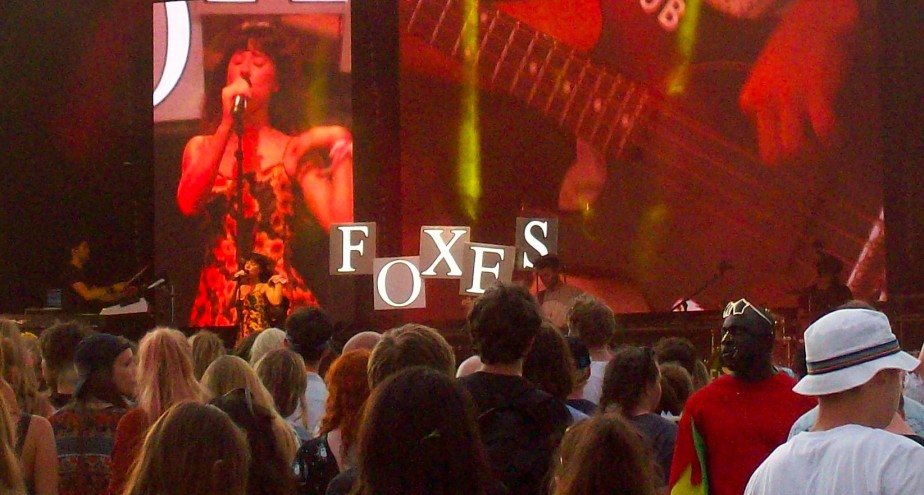 1. The laid-back, chilled vibe of the festival meant that there was a slight issue with the organisation of everything. My set was cut in half, and it’s not that I would have minded having a half an hour set initially, but having prepared an hour of material, it resulted in me missing out all the more light-hearted poems and only realising the tone of my set afterwards. Still, two people who weren’t my boyfriend said they liked it. I had told someone earlier that there was a clash of the dance workshop and me on the board, which I’d also mentioned at the start of the festival as I wasn’t in the programme, and although the times on the board were changed, the fact of the matter wasn’t realised until just before I was due to go on, resulting in the cut of time. Although I thought they could have cut 5 minutes off everything and made up an hour of time, I didn’t want to appear The Diva – I was merely a competition winner after all.

2. Stage communication – in line with the organisation side of things, I felt like it would have been better to have poetry in one place. I didn’t realise there were a load of poets on the Forum Stage (I think) and that space would have probably been more better to host poetry, as it was very difficult to compete with the loud music from surrounding areas, children and drunk/drugged-up people running around and not knowing whether people further away would be able to hear. Those in the Poetry Period had a lot more to contend with in that respect.

3. I didn’t sell any books, therefore I don’t really know how much people liked me. I want to be liked. LIKE ME!!!

1. The toilets. Having just come from Latitude, the SGP toilets were lacking in comparison. Mostly, there was a lack of toilet roll, but I also preferred Latitude’s type of port-a-loos with a lever-pull, but maybe they just needed to clean them up because they piled up way too high, and there were a couple of occasions where vomit and excrement were in places they shouldn’t be.

2. The drugs. I know that alcohol can be worse in many ways and I do drink a bit, but drugs still scare me a little; behind straw-bales and in the hidden sunflower field there were people lying on their own, near-dead to the world around them. This could also be to do with that the music went on until 6am and was really close to the campsite. I used to be pretty hardcore when it came to yearly trips to Reading Festival, but I just can’t hack that anymore. 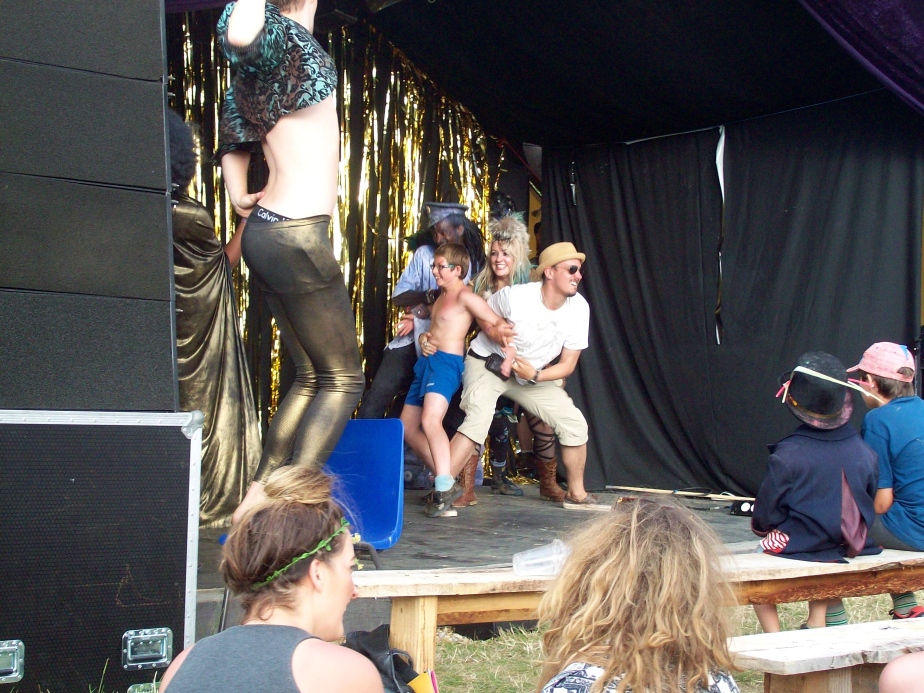 Looks like the good is the winner here! As someone who usually goes to festivals for the music, the many adventures that were to be had at Secret Garden Party meant that I was more relaxed and happy to go-with-the-flow. The chilled out vibe must have had an effect on me as I was more calm about my performance and despite the distractions, I managed to get into my set and would have happily carried on and on and on… 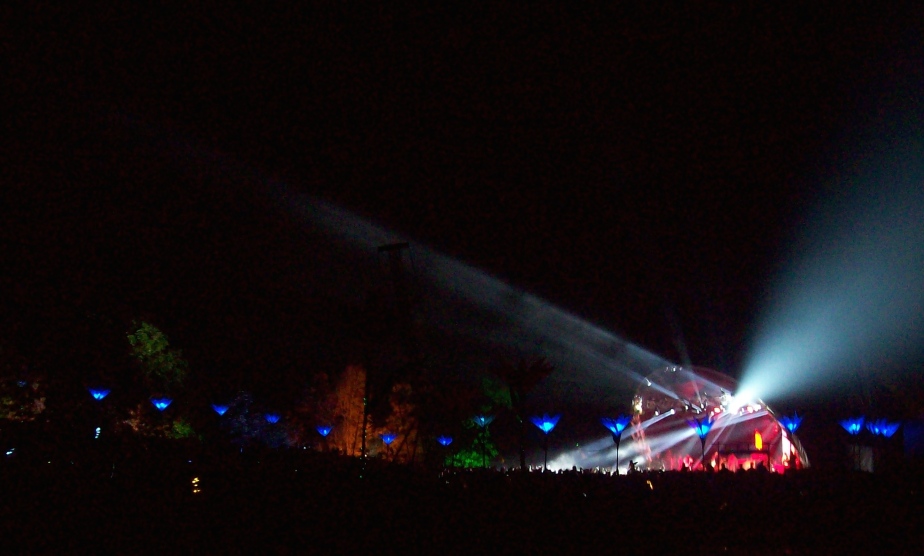 One thought on “Secret Garden Party”