Thankfully Lombok didn’t rain at all during our trip – it was meant to be the dry season in Indonesia after all, hence why I timed it for the end. We were based in Sengiggi in order to go to the port in Bangsal and go to the Gili islands, storing our luggage at the hotel. The place wasn’t that great (the bathrooms weren’t very clean), but it had a pool and was literally across the road from the beach. 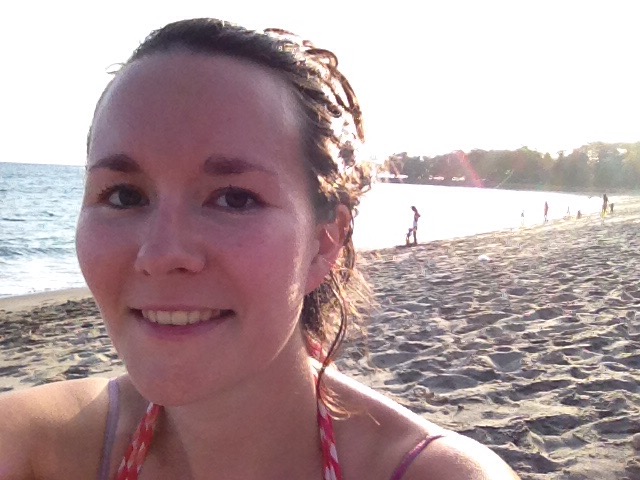 The sea here was probably one of the best of the trip – calm, clear water and nice sandy shores. So, we spent that afternoon swimming and relaxing in the sun before having a very disappointing meal, where there was also a power cut. Some people had reserved a big table there – I can’t imagine why! 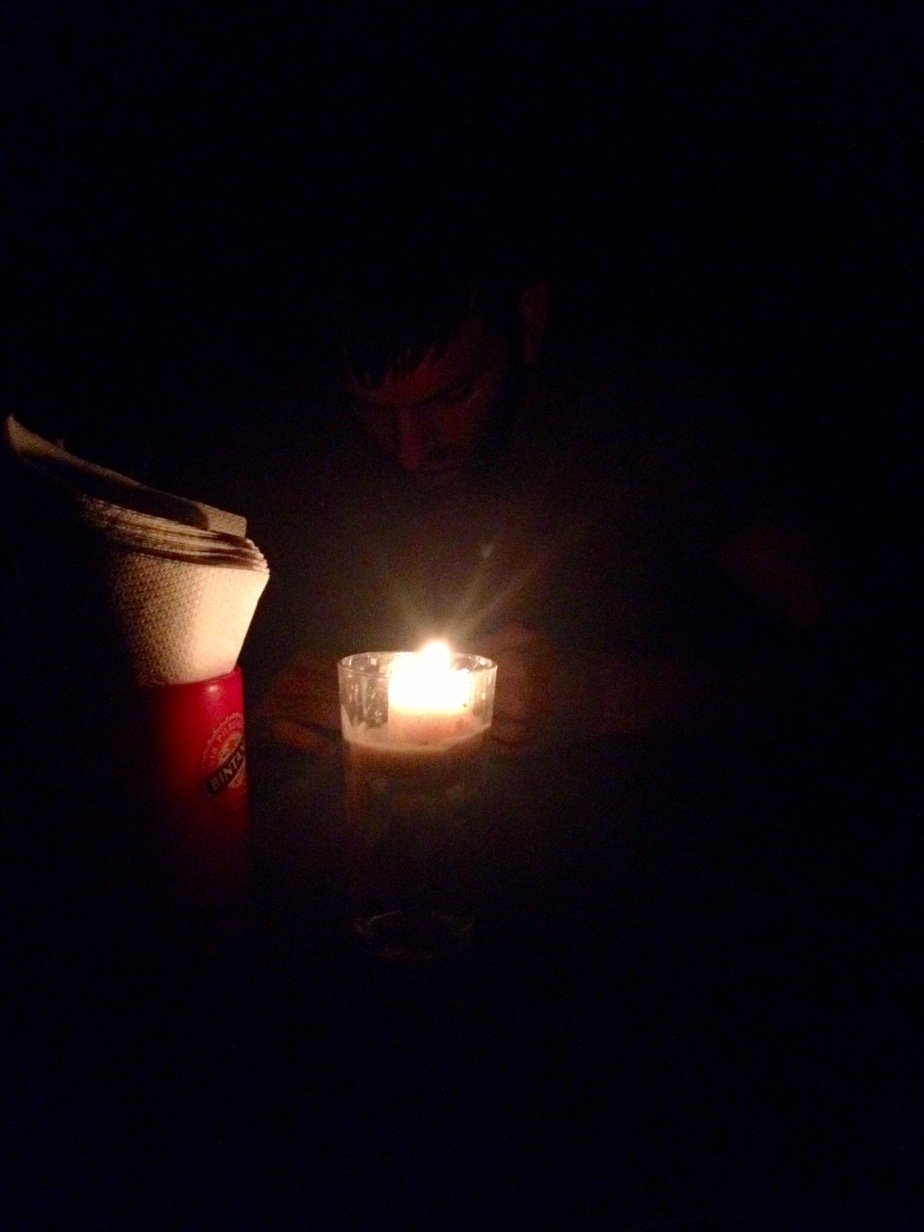 The next day we went on a shuttle to the port that I had arranged, and booked a return with the same company. To be fair, it mostly went smoothly, but they have a really bad first impression that day. We arrived near the port where their office was, only to be told to wait about an hour until 10.15am, when the boat would leave. It was coming up to 10am when we were escorted to a horse-and-cart and asked to pay an extra 50k. We refused and we caught up with another couple who had done the same. We arrived and the boat was leaving, completely overloaded with people. We were going to Gili Meno, and after an hour of waiting with no information, I went to find out what was going on and because Gili Meno is quieter, we had to wait for more people to come to fill the boat, which could take until 4pm when the last boat leaves. After lots of back-and-forth discussions with other tourists and a guy who claimed to work there, my boyfriend had the idea of buying all the remaining tickets. Sadly, others didn’t pay him back enough of the money he paid, as we had agreed at that point we would pay 50k each, when actually it was only 20k each to buy the remaining tickets. However, with less people and coming up to midday, I began to fear for my life as the boat travelled to Gili Meno, completely open, life-jackets impossible to reach. Most people seemed calm, but the girl next to me was also worried, and we laughed that we had made it on arrival.

We were really hungry again, but it seemed things were against us as after checking-in, the place we sat down at ended up forgetting our order, so we didn’t eat until around 3pm. The place we were staying looked nice, but the bathroom was totally exposed, so anyone could see you on the toilet. That evening I was also irritated that the DVD player was impossible to get to work. Anyway, it had seemed things were looking up when we were swimming in the beautiful, crystal-blue waters of the island.

However, it wasn’t long before I ended up stepping on a sea urchin. My boyfriend picked part of it out, but I didn’t realise that I had 3 pricks and it was agonising. I had shook him as he snorkelled, and I was thankful I did, because it’s not like me to ask for help so urgently in these situations, but you never know what lurks in the sea! A couple of local people said the traditional remedy was to kill the venom by hitting it with coral. They said that way it won’t hurt at night, and that if you didn’t do that you would not sleep that night. I don’t know how true that was, and my boyfriend also kindly hacked at my feet with some tweezers and I seem to be okay. I’ll ask my doctor about it, but it was probably lucky I didn’t have the Internet at that time because sometimes you need it surgically removed, and it can present long-term health problems. I really hope it’s okay and I’m feeling fortunate that it was only three pricks, when others have had lots more.

I spent the rest of the day reading in the sun, whilst my boyfriend snorkelled. I took another dip because it was too tempting, and also had another swim before the boat in the morning. That evening set the tone for the rest of the Gilis and Lombok – beautiful sunsets and good food.

Although the water looks lovely, not all of it is good for swimming. When we arrived at Gili Air, we swam on a stretch of water that was shallow and could be painful when standing or walking due to the coral. We ended up spending most of the afternoon walking around the island, and eventually found a cheaper place to stay for our second night, which happened to be right outside our accommodation for that night. We swam in the pool while we had it, enjoyed some sunset dining, and watched a film called “About Time” on the DVD player, which worked but sadly went very jumpy at the end, when we looked, we saw lots of the discs had scratches and stains, almost as if they had been used as coasters rather than for entertainment. 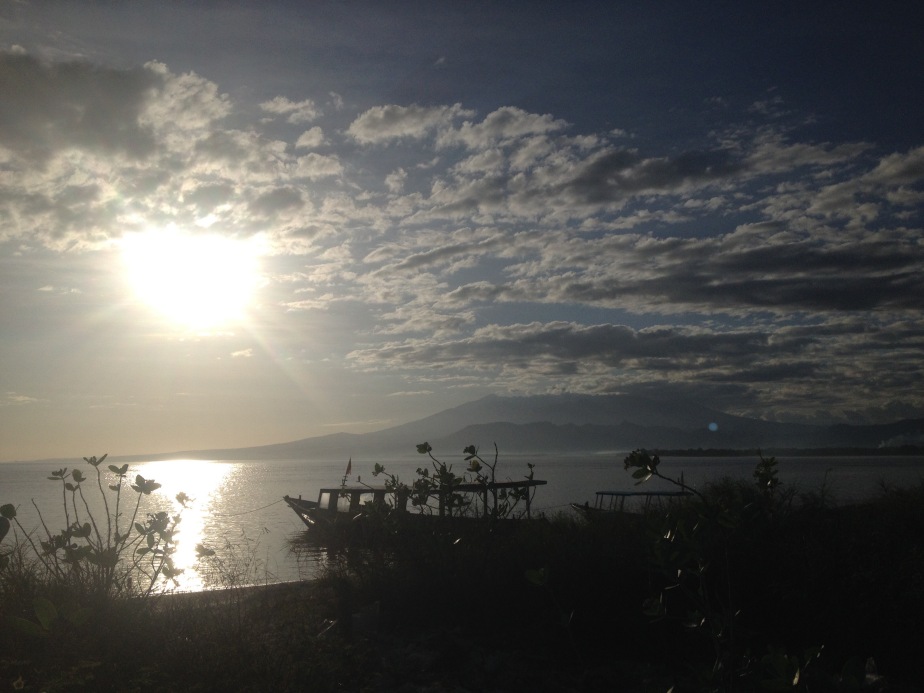 The next day I squeezed in a morning pool session after breakfast, then checked into the new place. It was about three times cheaper, but literally just a room and balcony, with a toilet across the street. That said, it was the only place directly on the beach. That day we headed to Scallywags, as that was where I read the best part of the beach was for swimming, and it was also the most congregated.

I finished my book, and went for a walk, finding only old books that didn’t appeal to me, or were too big for me to carry. I went back and got a copy of Ovid’s Metamorphoses. It turns out I’m familiar with a lot of the stories in it, but it also made me think that I should have read it before Shakespeare. For example, Titus Andronicus takes segments of it directly, and yet I couldn’t know that context without reading it.

I spent the day in and out of the water, and we ate after watching the sunset from our balcony. We returned to Sengiggi the next day and did more of the same, as well as making use of the pool there. We had another full day between the beach and pool, and had a couple of good meals there, including one with live music, where I drank some local beer. On the last night, my boyfriend bought us some wooden pendant necklaces with geckos, or “mosquito killers” as the guy selling them said. It was a nice souvenir, considering they are something that has been with us throughout our time in SE Asia.

The next morning we left for Kuala Lumpur – our last stop before home.